IndyCar's Mexico race 'hoping for a miracle' without Mexican driver

IndyCar is currently negotiating a deal to race at Formula 1 venue Mexico City and wants to take an August slot vacated by the World Endurance Championship's switch to a "superseason".

It is believed that the deal is dependent on a Mexican driver taking part, with Esteban Gutierrez known to be working on a full-time return after deputising for the injured Sebastien Bourdais at Dale Coyne Racing last year.

Fernandez said a one-off appearance for Gutierrez or another Mexican would not make the race a success.

"I would like IndyCar to be back in Mexico but in the right way," he said.

"A part-time [Mexican] driver who has a seat maybe only for that race would not be good for the series and not good for the driver to show his best.

"If they [IndyCar] are hoping for a miracle straight away, they will be disappointed, I can tell you that right now.

"Maybe the race doesn't come back next season but in two years, when people are getting enthusiastic about the series again and Esteban is in it and has more experience."

Gutierrez took part in seven races last year with a best finish of 13th and former manager Fernandez said recent experience makes him the obvious choice, with a lack of successful Mexican drivers on the Road to Indy ladder.

"I don't really know of another driver ready to come into IndyCar," added Fernandez. "So Esteban is the obvious choice for now.

"We come back to that fact where we need Esteban there full-time. The media, the fans, they have only seen Esteban in IndyCar for a bit.

"So having a driver in for just one race will not make the event a success." 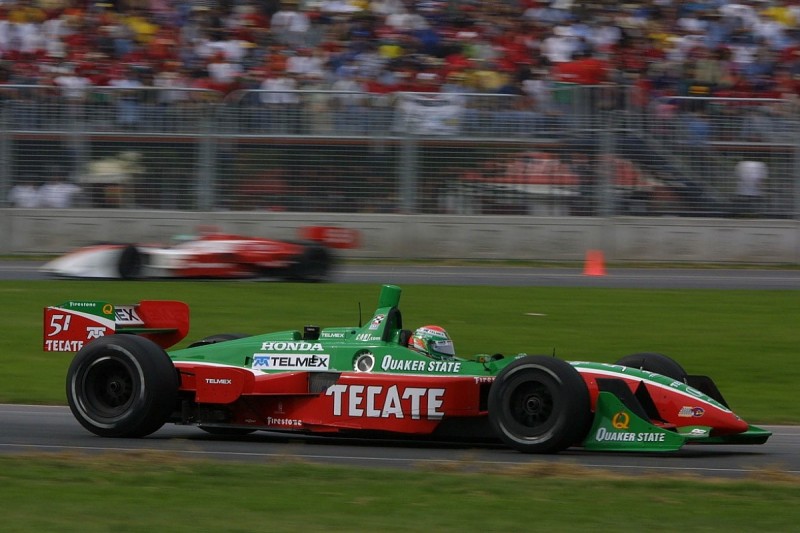 Fernandez said the current situation was different to when he raced Indycars in Mexico.

"The reason why IndyCar used to have such success in Mexico was that the fans started following me back when I was in Indy Lights," he said.

"And so the euphoria around Indycar racing in Mexico became very big.

"By the time we arrived in Monterrey first in 2001 (pictured above), it was a big success; national TV and journalists were following me and so the fans followed me.

"Then when we went to Mexico City the next year, that was an even bigger success.

"So, for now, the only negative part [of IndyCar returning to Mexico] is that the locals don't really know all the current drivers like they did back then because they haven't seen Mexicans in IndyCar a lot, so they haven't been following the series."

Gutierrez could find a vacancy at Dale Coyne now Ed Jones has moved to Ganassi.

Another seat is open at Ed Carpenter Racing, while one or two potential new entrants are considering their options for 2018.