Dixon was the best-placed Honda driver in 2017 in the first year of Ganassi's switch from Chevrolet power.

But while Honda won its second Indianapolis 500 in a row in 2017, it lagged behind Chevrolet across the season and won just seven of the 19 races.

IndyCar has now ended its manufacturer aerokit era, relieving Honda of its aerodynamic deficiency, and Dixon told Autosport that Chevrolet losing its primary advantage will hurt it in 2018.

"The spread [of team performance] is smaller than it used to be," he said. "But I think at the start of the season, you're going to see a lot more teams hitting it right to start with.

"The tough one will be [the last test at] Sebring, because everyone has been there and it's extremely grippy, we're doing faster laps than we were with the downforce on it. When we get to St Pete it's going to be a big reality check for people.

"And with an even field now with the aerokit, the competition to Honda last year had a very big advantage on the high-downforce circuits: i.e. road courses and street courses and short ovals.

"So it's definitely going to be a shift that will hurt them more than Honda." 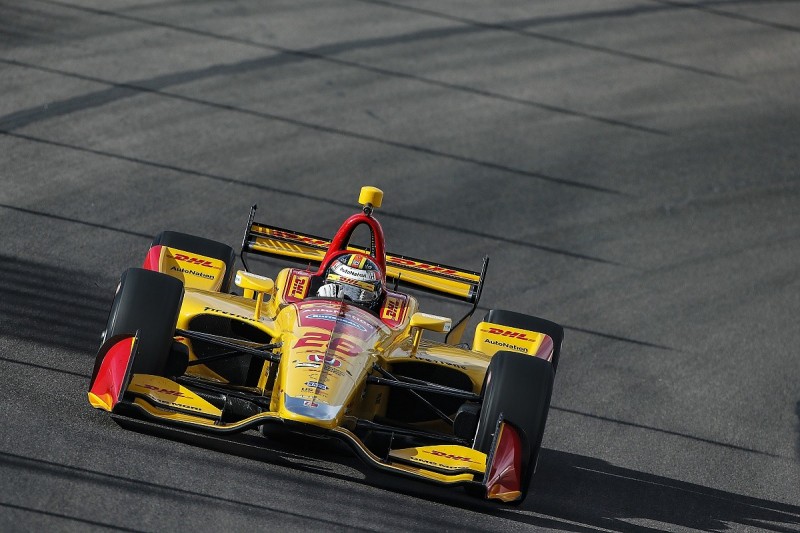 Andretti Autosport driver Ryan Hunter-Reay downplayed his supplier Honda's advantage and told Autosport that Chevrolet had closed the gap in 2017.

"I would say prior to Pocono last year, Honda had an engine advantage," he said.

"But I'd say the competition is very close on power right now. They made some gains on us over the final few races of last season."

Hunter-Reay added that the season-opener in St Petersburg will reveal some clues regarding engine performance.

Street courses were a known area of weakness for Honda in the last three season.

"St Pete's track looks like it should give us a clue on how the engines stack up relative to each other," he said.

"But power-down out of the hairpin onto the straight can come down to driveability settings, bottom-end torque. Maybe we'll get some read there, but Indianapolis will be the better gauge.

"It's good that we're all going faster, though. This car is a lot of fun, and you can see it on the traces that there's just less drag to tow around now."