IndyCar president Jay Frye says the series’ current rules on driver probation will be examined at the end of the season, following recent questions over driver discipline.

In the a caution-strewn race on the streets of Nashville last month, six of the nine penalties issued were a result of driver misdemeanours, while 27 of the 49 laps under caution at the Gateway oval last time out were a direct result of car-to-car contact.

After that last race, six-time champion Scott Dixon said there was “erratic and crazy driving out there” which had gone “unnoticed” by Race Control, while race winner Josef Newgarden said drivers were “pushing over the edge” in terms of their aggressiveness.

Asked by Autosport there was an increasing lack of discipline among IndyCar drivers, Frye said that it was due in part to “the time of the season” as the championship run-in begins and remarked that a re-run race at Nashville “would be better even without us changing anything”, but pledged that the series would still look to take action for next year on the issue of probations for repeat offenders.

“I’m not saying we’re not going to change anything for next year, to be clear,” he said.

“I think what we’re going to look at is the avoidable contact penalties. They have a pretty immediate effect most times, so if someone dumps someone and they’re able to continue, we give them a drive-through penalty.

“But there are instances where a driver doesn’t get a penalty because they’ve taken themselves out too. So there’s no immediate penalty.

“The issue we have right now is probation. The rulebook says that if you get two avoidable contacts in the space of three races, you get put on probation – and then it stops there.

“Well, what does probation mean? I think that’s something that needs to have a little more teeth in, and there needs to be a better understanding of what it means and the consequences.

“It’s something we’ll talk to the drivers about in the offseason. We’re gonna button that up.” 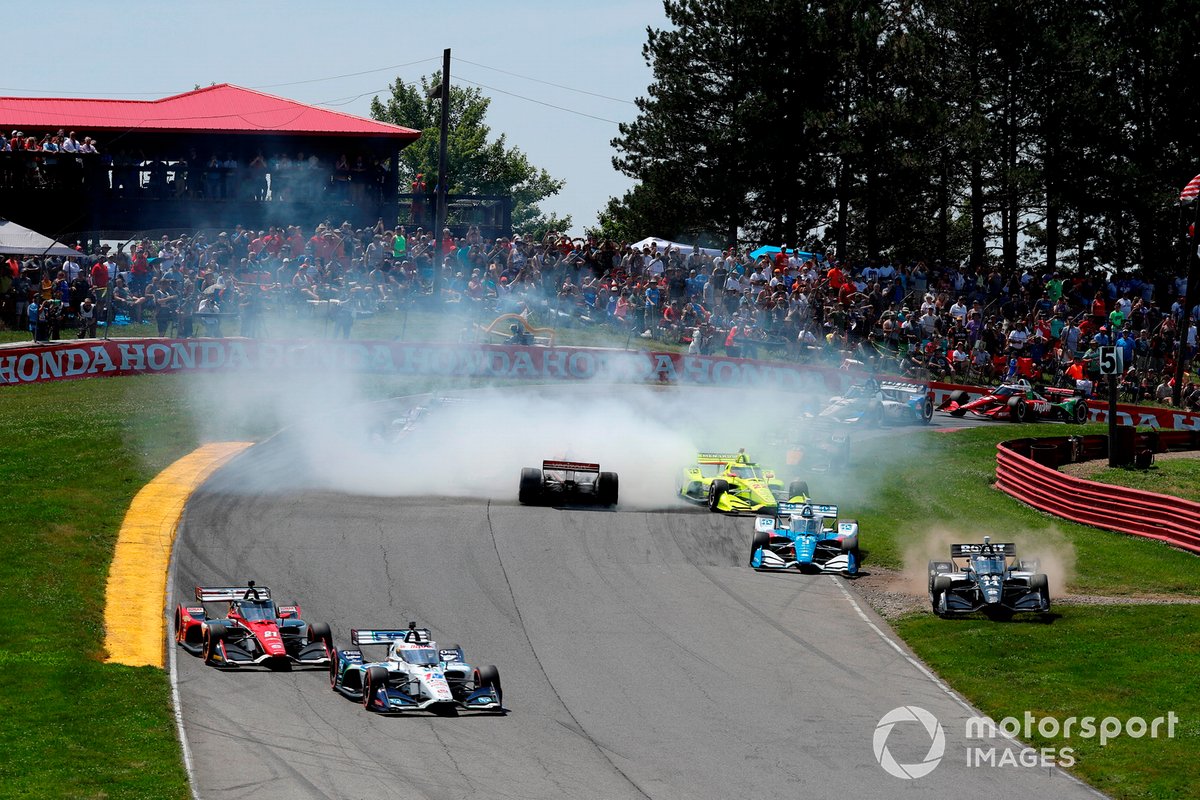 Frye said that between himself, race director Kyle Novak and stewards Arie Luyendyk and Max Papis, drivers have been encouraged the current drivers to 'self-police' by interacting with each other.

“We think it’s important that drivers are communicating with each other on what their expectations are,” he said.

“I think if you ask most drivers, they would say they race others how they want to be raced themselves. It’s when they cross over the line that we get involved.”

Frye added that start and restart procedures will be re-examined at the end of the year to “see if there’s a way to clean things up by making the rules clearer”, having noted instances “that are not necessarily what we’re looking for but might not currently be deemed illegal” with drivers getting a jump on rivals from rows ahead.

“The spirit of what should be happening is not always happening, and we need to look at maybe clarifying that,” he said.

“I think at times the problems are caused by the procedure not being consistent, maybe because we’ve got different polesitters at the start, different leaders for the restarts. We want the procedures for both to be consistent whoever’s at the front.

“But honestly, sometimes the problem is that guys in the middle or at the back just decide to go wide open, when they had plenty of time to check up.”