The universal kit was a collaboration between IndyCar and Dallara with the style design support of Chris Beatty, a concept design and 3D animation consultant based in the United Kingdom.

"This has been a collaborative effort from multiple parties, including input from our paddock and fans," said Jay Frye, IndyCar president of competition and operations.

"Dallara has been a great partner, and we couldn't be more enthused with the look, the safety enhancements and the performance objectives of the 2018 car."

Dallara has supplied safety cells for the IndyCar Series since 1997 and been the sole chassis supplier since 2008.

It will continue to operate through its US headquarters and engineering centre in Speedway, Indiana. 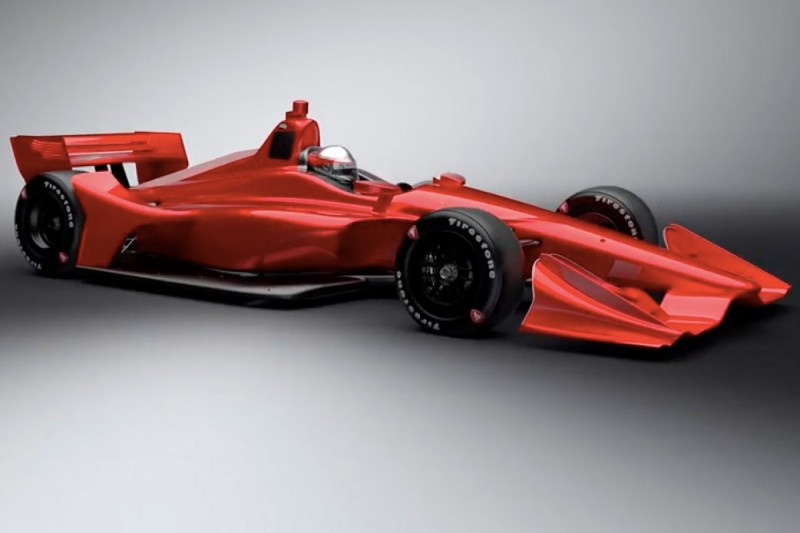 "2017 marks the 20th anniversary of our presence in IndyCar, and it is a great honour for us to continue our partnership with the Verizon IndyCar Series," said Andrea Pontremoli, Dallara CEO and general manager.

"Our main goal for the new aero kit was to work on the style, trying to maintain the American essence of the car and the series, keeping a good level of performance and safety."

The first test of the universal kit's superspeedway oval configuration is set for July 25-26 at Indianapolis Motor Speedway.

The road-course configuration will be tested on August 1 at Mid-Ohio, the day after the circuit's IndyCar race.

Further tests are scheduled for August 28 at Iowa Speedway and September 26 at Sebring.

As well as reducing the turbulent wake and emphasising the generation of downforce from the topsides to the underside, IndyCar underlined the safety improvements that will "include side impact structures in the car's sidepods and repositioned radiators to assist in reducing the severity of side impacts by crushing on impact".