Mark Miles, the president of Hulman and Company, believes that Penske's purchase of Indianapolis Motor Speedway and IndyCar will make US open-wheel racing more attractive to manufacturers and sponsors

Following the announcement that Roger Penske's new entity, Penske Entertainment, has bought the Speedway, IndyCar and IMS Productions from Hulman and Company on Monday, a media conference was held by Penske, outgoing owner Tony George and Miles.

Miles declared that "Roger's relationships and reach globally in a number of sectors, many sectors of industry and sport is remarkable" and would be advantageous to IndyCar.

"Some of us have to work really hard to get the right person to pick up the phone, and he may short-circuit that a little bit and not infrequently," he added.

"I believe Roger will answer our call and have his own thoughts about all parts of how to grow this.

"Having a third OEM [to join Chevrolet and Honda] is one of our priorities and one of our goals, and I'm sure Team Penske and Roger will help."

Miles also said that Penske's purchase of IMS and IndyCar was a "hand-in-glove fit" for the two parties.

He continued: "Roger's background in racing and the superb effectiveness of everyone who works in the Penske Corporation is pretty well known to everybody, and he didn't need a lot of due diligence on the history of the Indianapolis Motor Speedway or IndyCar to know us. 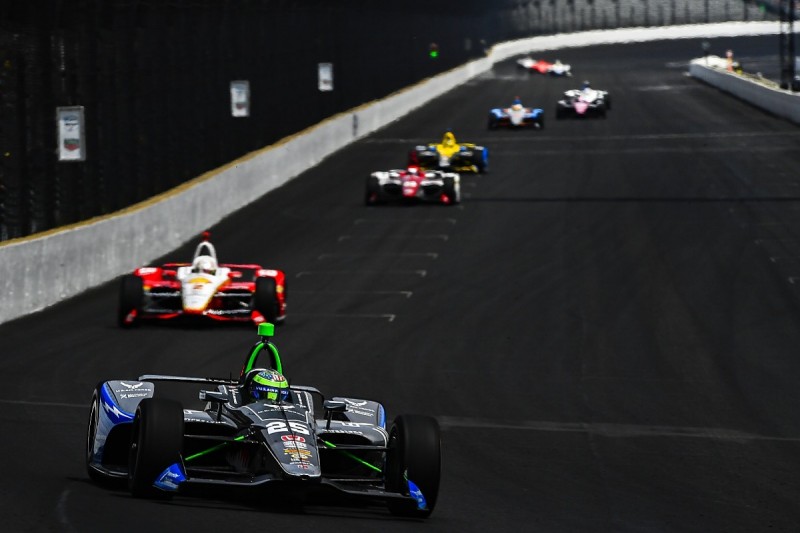 "The most important thing to know in this transaction and in making these arrangements was the convergence of the transition from the phenomenal heritage we come from and the understanding of that with Roger and what was possible going forward.

"We are very proud of what has happened over the last several years and many of you from Indianapolis know that we had this unbelievable opportunity with the 100th running [of the Indy 500] in 2016.

"The community really responded to that and that gave us the chance to build from there and so we still stand in a really good place in terms of attendance and fan engagement.

"We've tried to be innovative in the events we bring here and that will probably continue.

"IndyCar, we're just so proud of [it]. It's probably been a little more of an up and down history in terms of the longer term.

"[But] there's no question we have great momentum now - every fan metric shows growth, we've kept our traditional longtime fans and we're growing the fanbase and adding younger fans all the time.

"It's without a doubt the best form, the most exciting form of racing on the planet and with Roger and Penske Entertainment as our leaders now we see more of that growth."

Plus
Plus
WEC
Sebring II
10 m