Romain Grosjean landed his maiden pole position in only his third IndyCar appearance at the Grand Prix of Indianapolis, the ex-Formula 1 driver shading double champion Josef Newgarden by 0.126s.

The Dale Coyne Racing with RWR driver, who moved across to IndyCar for a road and street course-only campaign after 179 grand prix appearances, scored his first pole since the first round of the 2011 GP2 season at Istanbul Park with a scintillating 1m09.439s lap.

It also marked the Coyne team's first pole since 2018, when Sebastien Bourdais topped qualifying at Phoenix.

Grosjean had been only third quickest in a frantic Q2 session that was interrupted when Will Power spun and was prevented from restarting by a clutch issue that caused a red flag. The 2014 IndyCar champion lost his two best times as a result and will start 12th.

Grosjean was the first driver to lay down a flyer in the decisive top six shootout, snagging a 1m09.763s lap which Newgarden then beat with a 1m09.566s.

But Grosjean then bested the Team Penske driver by just over a tenth, to which Newgarden could not respond, and later described the feeling of claiming pole as "like being alive again". Harvey took third, just ahead of Palou.

Scott McLaughlin made it two rookies in the Fast Six and finished just 0.002s behind Palou in fifth, as Ed Carpenter Racing's Conor Daly completed the top six.

His team-mate VeeKay will start seventh, ahead of Colton Herta – the fastest Andretti Autosport-Honda driver – in eighth. 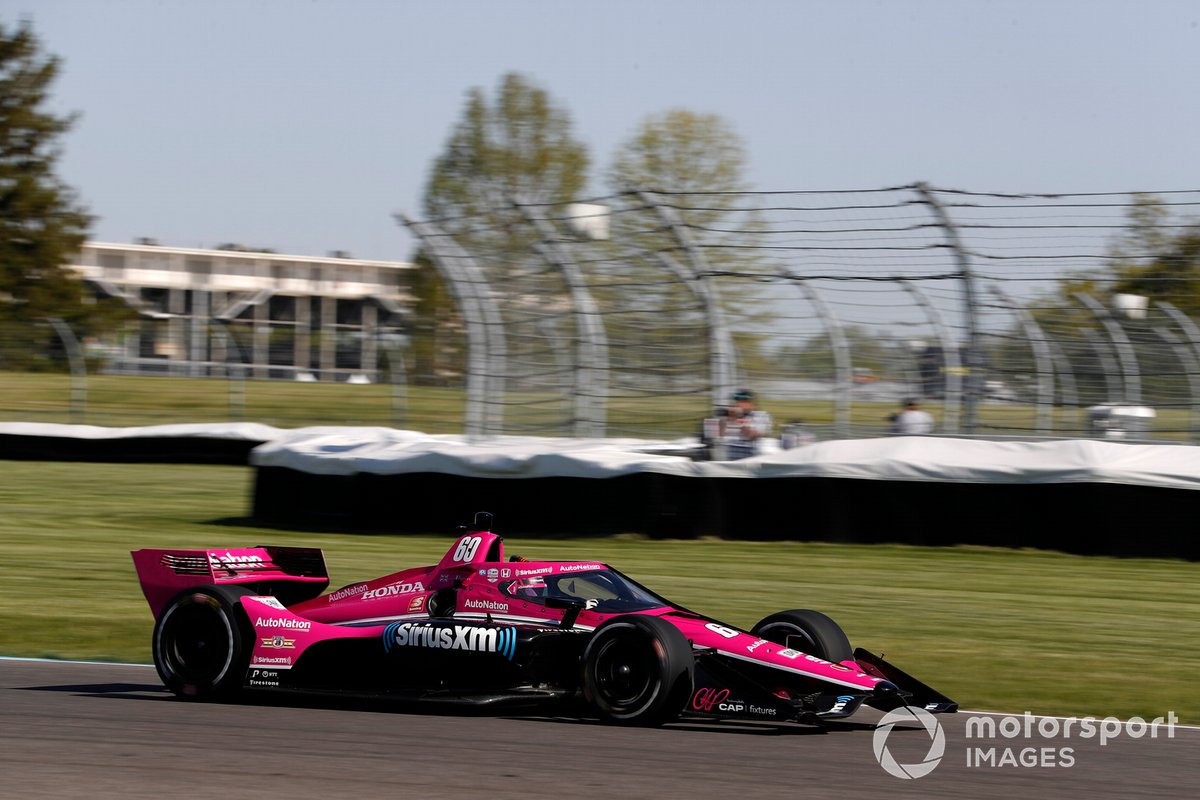 Alexander Rossi (Andretti) will start 14th after just missing the cut for Q2. The FP1 pace-setter placed seventh in his Q1 group ahead of reigning champion Scott Dixon (Ganassi), who starts two places further back in a disappointed 16th.