Romain Grosjean says ending a 10-year pole position drought on his third IndyCar appearance was "like being alive again" and reminded him of times he'd "completely forgot" about.

The former Haas Formula 1 driver, who switched to IndyCar at the Dale Coyne Racing with RWR team over the off-season, beat double series champion Josef Newgarden (Team Penske) by just over a tenth to secure pole for the Grand Prix of Indianapolis.

It marked his first pole since the start of his title-winning GP2 season in 2011, having rarely found himself in competitive machinery during a 179-race F1 career. All 10 of his podium finishes came with the Lotus F1 team - now called Alpine - before spending five years with startup Ferrari customer squad Haas, which gradually slid down the order after an impressive start in 2015.

Speaking to media after his landmark pole, Grosjean explained that while he could take pleasure in the smaller ‘victories’ with Haas, these didn’t provide the same exhilaration as competing for wins had done in a junior formula career which also yielded the 2007 Formula 3 Euro Series title.

“You know, even through the last few years that have been tough in terms of results, I take the example of Germany last year where I finished ninth, with the Haas car, that was quite special," he said.

“I think Germany 2018 as well, we were like 12th after the last safety car. I came back finishing sixth or something in the last 10 laps, that was quite cool - even though you're not winning, you've got that feeling.

“The days that I completely forgot about is when you get to race weekend, you got those butterflies because you know if you do everything right, you may end up on pole or trying to win the race. That's definitely something I had no chance to do over the last few years.

“It feels really good to be in IndyCar on a field that everyone got a chance to go for it. 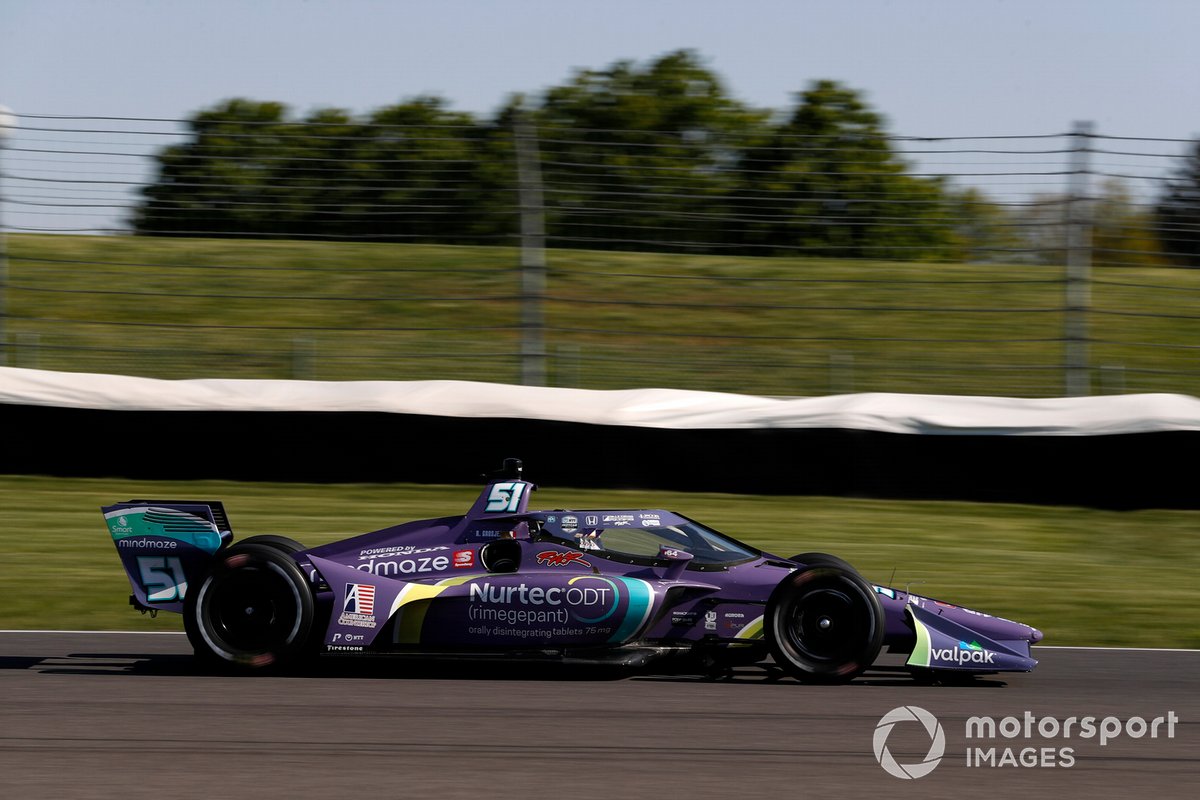 Grosjean explained that the Indianapolis Motor Speedway's road course track, which staged F1 races in a slightly moderated layout between 2000 and 2007, was the "most familiar" track on the IndyCar Series schedule to anything he’d experienced in Europe.

“I can tell it was actually designed for Formula 1, the way the kerbs are, the layout and the corners," Grosjean revealed.

"I knew I was going to feel OK on the track quite quickly, whereas [the street circuit at] St. Pete takes a little bit more time to learn. Barber, a few tricks there that you need to understand. Here for me it's a bit more straightforward.”

Grosjean added that he made a made a mistake on his first flying lap in the decisive Fast Six qualifying segment and "knew I had more pace in the second lap".

"It went really, really good. I thought that could be it. That was it,” he said.