The combination of the increased performance from the Dallara DW12s in aero kit configuration and a new track surface has made times significantly faster so far in IndyCar's first event at the former Formula 1 venue since 2010.

Ryan Briscoe set the current record of 1m28.1322s in the previous generation Dallara-Honda at the 2009 event.

Only qualifying and race times count as official track records in IndyCar and Dixon expects an ever faster pace in qualifying on Saturday.

"It's a lot different to when we came here [before]," Dixon said.

"There was a lot more second- and third-gear corners. Now it's extremely fast.

"The times have dropped almost six seconds. We'll see it well over six seconds by the time we get to the [softer] red tyres and qualifying.

"It's a lot of hard work. The loading is through the roof. There's no real time that you get to rest." 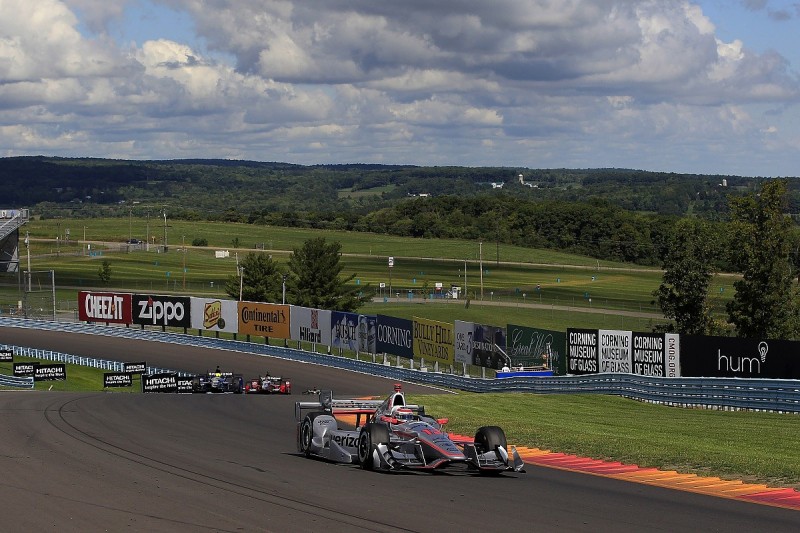 Dixon's nearest Friday rival Helio Castroneves said he felt the skin on his face rippling like an astronaut's on a centrifuge through the Carousel.

"It's amazing the G-force we're pulling in the Carousel," he said.

"I literally feel my face going like this [indicates skin moving]. It's unbelievable."

Third-fastest driver Will Power was also stunned by the speeds being achieved.

"Did you see how fast it was out there?" Power asked.

"Man, I can't believe how bloody fast we are going."

Chevrolet runners dominated the top of the timesheets on Friday, with AJ Foyt Racing's Jack Hawksworth sixth in the best Honda-powered car.

The Briton, a Glen rookie, was another driver blown away by the pace.

"I've never been to a track like this in my entire life," he said.

"So, so fast and the grip level is incredible.

"I don't know what the average speed is, but it's insane. I really enjoyed it."