The Rahal Letterman Lanigan rookie crashed at Turn 1 just before 2pm local time, with his car briefly jumping off the ground as it hit the wall before instantly settling back down.

Domed skids have been added to the cars this year to catch the air in the event of a car generating lift in an accident, after four cars running Chevrolet aero kits took off during practice last year.

"It was the biggest hit I've ever had and it's not a great feeling," said the 22-year-old.

"I saw the car lift on the video replay but when it happens so quick I didn't really feel it get off the ground for a brief moment.

"You feel the hit and hope the car comes to a stop pretty soon.

"The domed skids and the rear flaps are on the car now and they both helped.

"The car stayed on the ground and that is the most important thing."

Pigot, who was cleared after checks at the infield medical centre, said the spin that led to the impact with the wall caught him by surprise.

"It was instant - I didn't have any warning," he said. "It was on the exit of the corner.

"The car felt really good all day and before I knew it I was facing backwards.

"It didn't give me any warning - it snapped and I went around.

"So I'm not really sure what happened there, so we'll just have to go and look to see what caused the spin."

Prior to that Pigot's fastest speed in Wednesday's practice was 223.557 miles per hour. 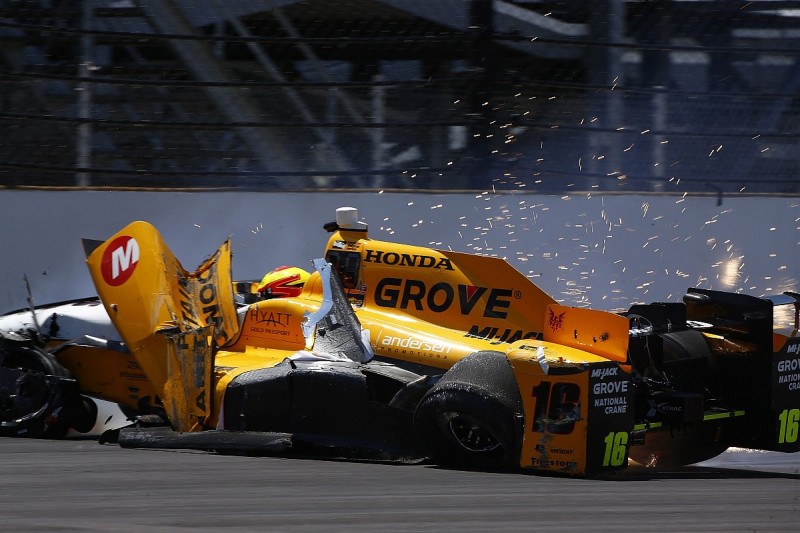