With the turboboost on the engines raised from 1.3-bar to 1.4 in preparation for the weekend's qualifying runs, Bourdais turned a 233.116mph lap on his 11th lap with the aid of a tow from a rival, but then later set a 231.192mph in the middle of a four-lap qualifying simulation, with no drafting help.

That means Bourdais tops both the outright and the 'no tow' speed charts as the field waits for practice to restart.

His team-mate Will Power was the fastest Chevy in the qualifying simulations, and the only one of the firm's drivers to break the 230mph mark without the aid of a draft. 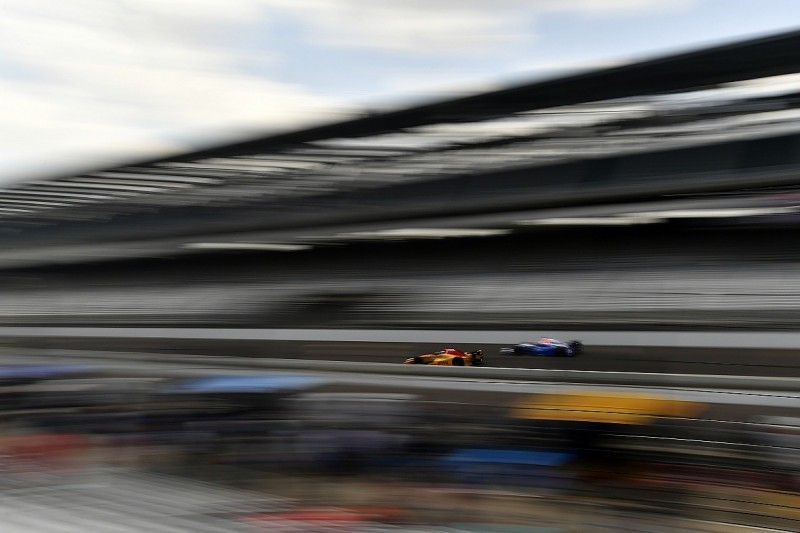 Thursday's pacesetter Jay Howard was eighth in another SPM car ahead of Bourdais' team-mate Ed Jones and then Chip Ganassi Racing's Tony Kanaan and Scott Dixon 10th and 11th.

Kanaan was also second fastest on the no-tow charts behind Bourdais, ahead of Alonso and Power.