IndyCar race-winner James Hinchcliffe will become a full-time Andretti Autosport-Honda driver in 2021, making a full-time return to the team he raced for in 2013 after six appearances in 2020

The Canadian, who scored three of his six career victories with Michael Andretti's squad, was dumped by Arrow McLaren SP at the end of the 2019 season following its switch from Honda to Chevrolet power and was forced to take a part-time role with Andretti.

After three race outings in the #29 car with backing from Genesys, including at the Indianapolis 500, he switched to the #26 Gainbridge entry when Zach Veach stepped down with three rounds to go and qualified a season-best fourth in the final round at St. Petersburg.

Hinchcliffe will again team up with team regulars Alexander Rossi, Ryan Hunter-Reay and Colton Herta, with Marco Andretti electing to step back into a part-time effort that is expected to include the Indy 500.

Hinchcliffe said: "This program is something we've been working on since the day we signed our three-race deal with Andretti Autosport last March.

"Being back full-time has always been the goal and it feels so great to know that I will be back on the grid with such an amazing team, one I've had a lot of great memories and success with. 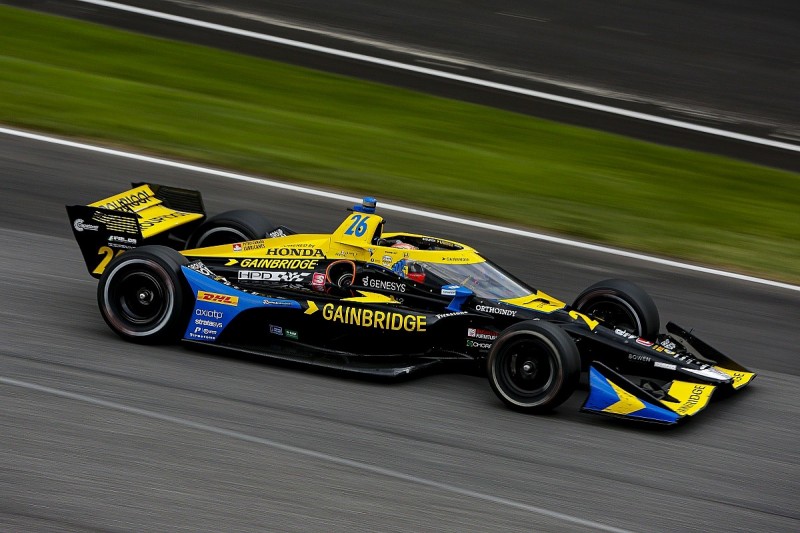 "So many people at Genesys worked hard to get this done, and I am looking forward to representing them this year.

"Even though it's been a long road, the real work starts now, and I can't wait to get to the track and kick off 2021."

Michael Andretti added: "We're really excited to have Hinch back in the car for 2021 and thrilled to welcome Genesys again to the Andretti family, this year in an expanded role.

"This is just the first step in many exciting things for the #29 and we know Genesys will be a great partner serving as the cornerstone to the season for James."

The 2021 season opener at Barber Motorsports Park will be held one week later than planned, on 18 April, as a result of the COVID-19 pandemic.

IndyCar season-opener pushed back to mid-April