Last year's Iowa winner James Hinchcliffe says low sun in this weekend's IndyCar race at the oval could prove "dangerous", and that he is "disappointed" with the start time

Schmidt Peterson Motorsports driver Hinchcliffe - who is chasing a third win at the 0.894-mile oval - said the race will be more like dusk with its 6.15pm local start time.

The race started more than two and a half hours earlier last year.

"To call it a night race may be a little bit generous," said Hinchcliffe, who lies ninth in the IndyCar standings.

"I think it's going to be a dusk race.

"I think there's going to be a point in the race where the sun is in a very dangerous position based on what we've heard from people who tested there recently.

"I'm a little disappointed with the start time." 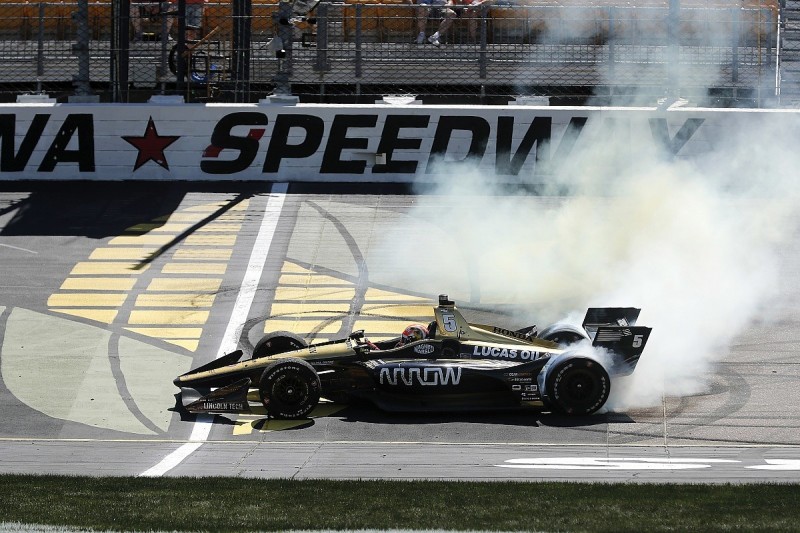 Hinchcliffe won last year's race when he elected not to pit after a late caution and gambled that the race would not restart.

However, Hinchcliffe ruled out predicting his chances for the coming weekend.

"Of course the race we were pretty good at last year had to go and change," joked Hinchcliffe.

"I think honestly the night racing there is a lot of fun.

"We've done it in the past. I've loved it, to be honest, when we raced at night there.

"The Arrow [SPM] car was obviously very strong last year. [But] everyone has had a year to get better.

"They changed it from a daytime to a nighttime race.

"I don't think we can just expect to roll off the truck and dominate or anything.

"I think we can be strong. Just have a good, clean weekend and keep chipping away at the points."