Hinchcliffe and Wickens line up IndyCar and DTM car swap

Schmidt Peterson Motorsport IndyCar regular Hinchcliffe will also get the chance to try Wickens' Mercedes-AMG C63 DTM at Vallelunga as part of the exchange.

Wickens will get behind the wheel of Hinchcliffe's car during Tuesday's group test at Sebring, one day before SPM tests sportscar ace Pipo Derani and AutoGP champion Luis Michael Dorrbecker at the Florida circuit.

Hinchcliffe will travel to Italy to sample his long-time friend's DTM machine on the final day of the series' Vallelunga test on March 17.

"This whole thing is something that Robbie and I have joked about for a long time because, frankly, we weren't sure it was ever going to happen," said Hinchcliffe.

"We both had an interest in kind of sharing our series with each other, and we kept talking about it.

"We decided we were going to try and take a swing at it, talked to all parties involved and amazingly it all worked out.

"To be able to get to do this, and share it with each other, is going to be awesome." 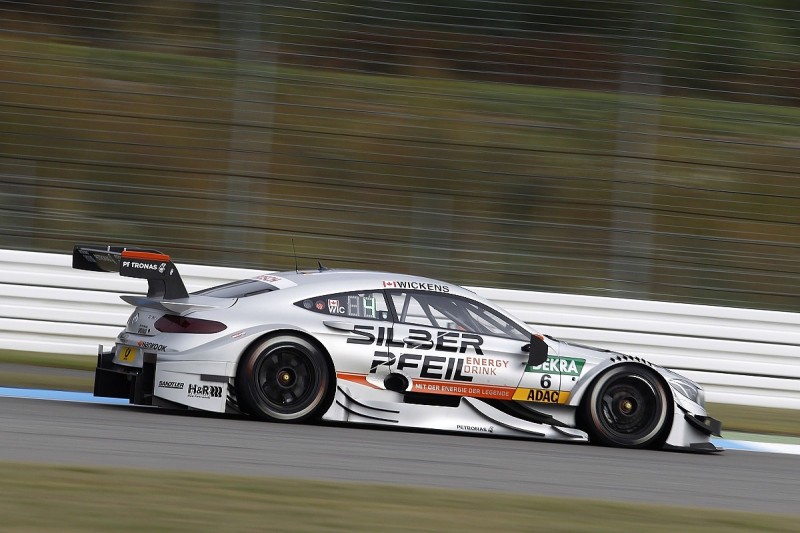 Wickens, a five-time DTM race winner and Formula Renault 3.5 champion, last drove a single-seater in a test for the then-Virgin Formula 1 squad at the end of 2011.

"James and I have been friends for years and this ride swap is something we've wanted to do for a long time," he said.

"We've seen some other drivers do it in the past - Formula 1 and NASCAR and all that - and we thought it would be a cool opportunity to do with DTM and IndyCar.

"It wasn't easy planning it and making everything work, but I'm really looking forward to the opportunity of driving his car.

"Everything aligned and here we are."