Rahal has driven for the team co-owned by his IndyCar legend father Bobby Rahal, David Letterman and Mike Lanigan since 2013, taking five of his six IndyCar wins and his career-best fourth in the standings in '15 with the squad.

The 29-year-old has finished top six in the points standings for the last three IndyCar seasons.

"It's nice to continue the consistency we've had in the programme," said Rahal junior.

"All of this is thanks to the sponsors that have given our team the stability to allow me to sign for five years.

"Obviously that is a long time. For me as a driver, it's great to have that commitment and it's great for our sponsors in terms of long-term planning and obviously due to their current commitment this was possible.

"We have been able to win races together and hopefully we will be able to add many more wins going forward." 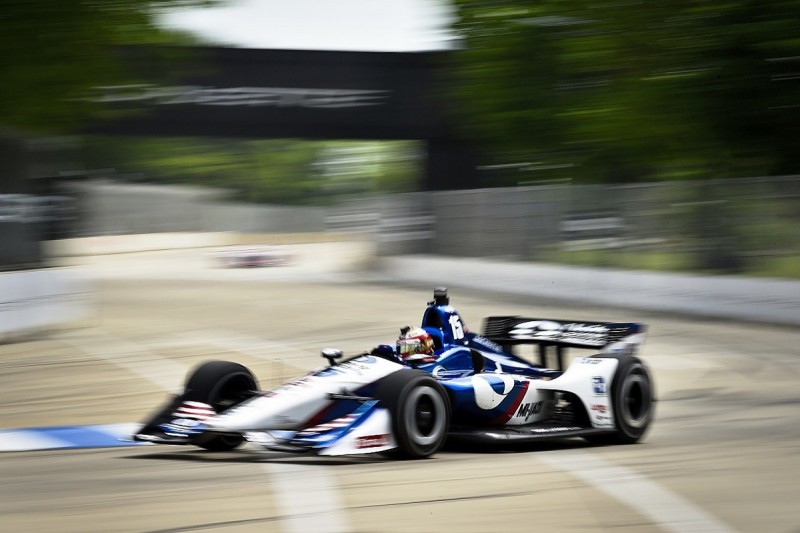 Lanigan added: "I have had Graham drive for me since he was 17 years old in the Atlantic Series.

"He has won in every series we have participated in together and I am very pleased to work together for the next five years.

"He is, and has grown to be, the most complete professional both on and off the racetrack and I am very proud to have him on board for many more years to come."

Rahal is currently seventh in the IndyCar standings.

RLLR returned to a two-car full-time line-up this season and added 2017 Indianapolis 500 winner Takuma Sato as Rahal's team-mate in its Honda-powered squad.