Kirkwood, who won the championship in all three categories on the Road To Indy between 2018 and ’21, scored 10 wins on his way to the Lights title, but his erstwhile team owner Michael Andretti couldn’t find a berth in his IndyCar team for the 23-year-old.

However, the youngster’s contract meant he wasn’t allowed to start negotiating with other teams until November, and so in the meantime he squeezed in three tests in an Andretti Autosport at Sebring, Barber Motorsports Park and Indianapolis road course.

He brings with him approximately $1.25m in scholarship funding for winning the Lights crown, which guaranteed him three race entries in the 2022 IndyCar season – St. Petersburg, the Grand Prix of Indianapolis, and the Indianapolis 500.

Kirkwood commented: "I actually met Larry [Foyt, team president] for the first time in 2018 at Road America when I was driving in USF2000 with Cape Motorsports. He was the first person in the IndyCar paddock to show me around the car and explain the dynamics of what it takes to be an IndyCar team and driver.

“From that moment, I felt very comfortable with the atmosphere of the team and now it has come to fruition that I will be driving the #14. It’s hard to explain in words the excitement I have to drive for such an experienced and legendary team. I know I will be filling some very big shoes, but I think it’s the perfect timing and group to be able to do so.

"Considering I have 19 years of experience driving, and it’s all led to this moment to becoming a full-time IndyCar driver — it’s truly a dream come true. It’s incredible seeing the completely unexpected path I took in previous years blossom into something I’ve always hoped for as a kid in karting." 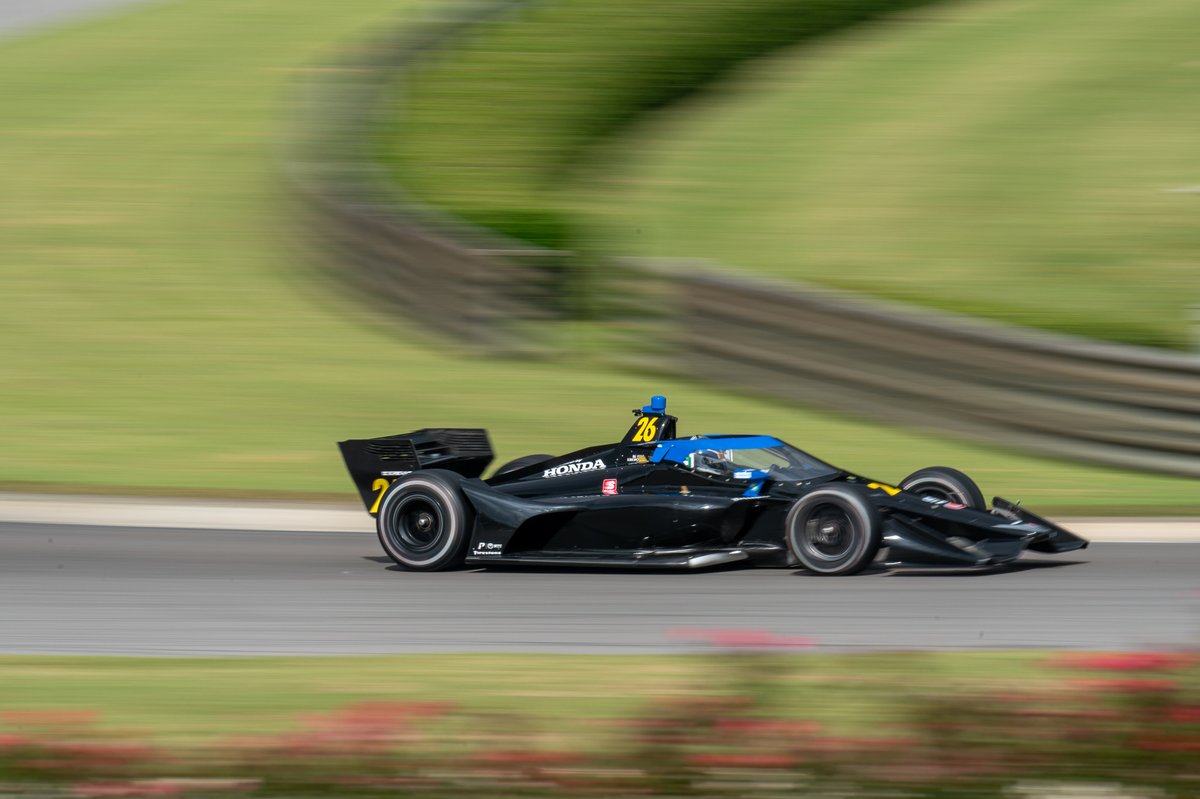 Foyt himself added: "We are thrilled to welcome Kyle to the team. Obviously, he has been very successful on his climb through the Road to Indy Championships and his record speaks for itself.

“This deal came together rather quickly, but I've already been impressed with how Kyle thinks about racing and the maturity he seems to have for such a young driver. The NTT IndyCar Series is as competitive as ever, and the challenges are great, but we feel Kyle will be a great asset as we take on those challenges and work to grow as a team."

Kirkwood himself described the graduation from Lights to IndyCar as “quite an easy transition” and that Road To Indy’s crucial role is providing on-track experience.

“With minimal time during weekends, it’s crucial to maximise practice,” he commented. “Having the track experience eliminates a period of time spent learning so you can solely focus on the car and driving.

"The biggest difference I’ve noticed in my tests is the tyre. The Firestone tire creates a lot more grip. There are other differences, like steering weight, downforce and braking capabilities, but all of those are just a nice step forward from the Indy Lights car.

"I’m sure I will know more as I enter the season, but I know I will be against some drivers that have years and years of experience in the car and with the tracks. I know my lack of experience will hurt in some aspects, but hopefully my driving will be able to make up for most of it."

With Dalton Kellett expected to return to the #4 Foyt entry – both sides are keen to reunite – there remains speculation over whether the team can stretch to three full-time entries, a possibility that legendary team owner AJ Foyt and Larry have been mulling since August.

They are eager for the #14’s previous occupant, Sebastien Bourdais, to drive for the team whenever his IMSA Ganassi Cadillac commitments allow. There are seven IndyCar/IMSA schedule clashes in 2022, but two of those are at the same venue, so Bourdais could feasibly pull double-duty at Long Beach and Detroit.

Regarding sharing that third car, Autosport believes Tatiana Calderon, who tested for the team at Mid-Ohio last year, is unlikely to stay in Super Formula next year.

Have A Go Hero: When a sportscar ace got an unexpected IndyCar chance