The Spaniard returns to action at Indianapolis on Monday when official practice begins, following a successful private test earlier this month where he completed the rookie orientation programme as part of his first 110 laps of the speedway.

Alonso believes that making use of McLaren F1 engineering expertise, and some sophisticated systems that are not commonplace in IndyCar, could give him an edge.

"I have a lower percentage [chance of winning] than some of my opponents do," said Alonso at Barcelona before flying out to Indianapolis.

"But, at the same time, the level of sophistication we have in F1 is higher than IndyCar.

"So together with McLaren, we will go there with some people, a group of engineers, helping Andretti's team and maybe thanks to this different approach, the more scientific approach, I will have something extra.

"I have a lower percentage [to win], but it is true that it is a race that anyone can win.

"There is a luck factor, yellow flags, and safety cars. But even if it is 1% better, it is worth trying." 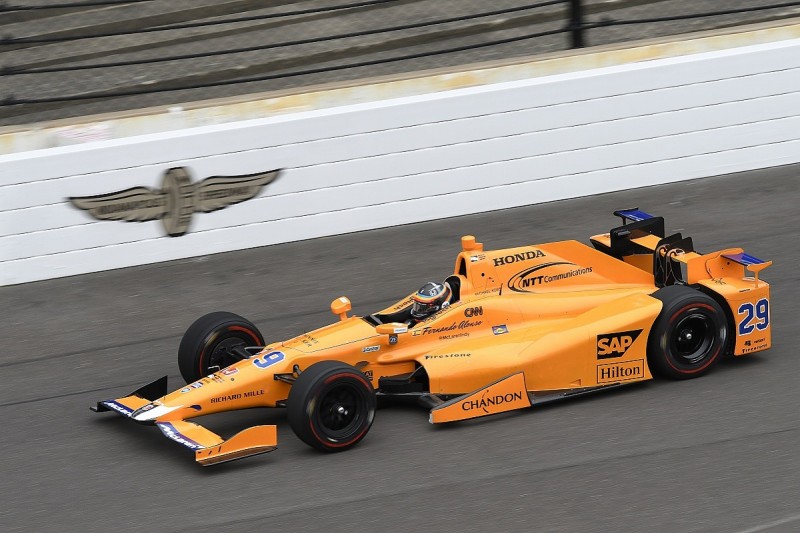 Alonso cited the example of using a reference lap time delta on his steering wheel during his IndyCar test as key to helping him pass the mandatory rookie programme so quickly.

"I told the engineers to put me a reference lap from last year that was 210mph," he said.

"So for the first phase I tried to be two or three tenths slower than that reference lap.

"I asked the engineers to put some reference on the steering wheel, which they normally don't do, so I think they [other rookies] take a very long time to pass the test.

"With a little help at least you control everything."

"In terms of technology and sophistication, F1 is in another level.

"So most of my chances will be to use that sophistication that we are used to driving with here [F1], implementing there. I need to keep it secret!"