The Monegasque tested at Sebring with Schmidt last year, and said that his two days alongside Sebastien Bourdais in New Orleans on Tuesday and Wednesday reinforced his interest in moving to the US.

"I want to race here this year. I don't know for which team it's going to be but I'm trying to find a job somewhere," he told the official IndyCar site.

"It's been a long time that I've wanted to come to the States for racing. In 2008, I packed my bags and I almost came here. In the end it did not work out because my [Formula 3 Euro Series] contract was signed, and then my management preferred me to stay in Europe a bit longer."

KV confirmed that Coletti was a strong contender for its second car alongside Sebastien Bourdais this year, with the team's general manager Steve Moore saying he made a very strong impression.

"Everyone at KV Racing Technology was impressed with Stefano," said Moore.

"He is professional, dedicated and very intelligent. 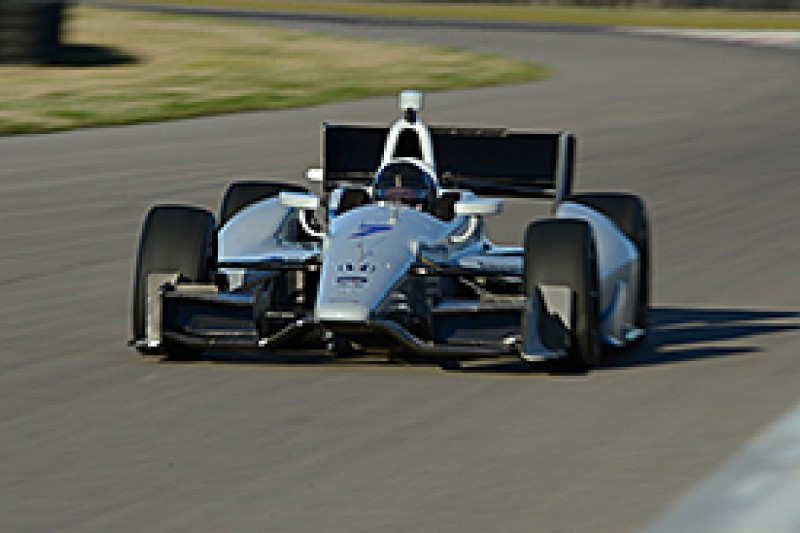 "Despite his lack of experience in the car, Stefano has a great grasp of what makes a race car fast.

"We found his technological knowledge and feedback to be exceptional, not to mention he is very personable and articulate."

Also on hand at NOLA was James Jakes (pictured), who returned to an IndyCar cockpit for the first time in a year when he turned laps in the second Schmidt car.

A total of 14 drivers were present for the test. Unofficial times put reigning champion Will Power at the top of the timing charts, with Rahal Letterman Lanigan's Graham Rahal taking the honours as quickest Honda-powered driver.

James Jakes returns to IndyCar with Schmidt Peterson for 2015