While he had tested at the Fontana speedway previously, Chilton said his first taste of running with other cars around the one-mile-oval was an eye opener.

"It's one of those things that you grow to love," he said.

"I think in the early stages I'll be pretty apprehensive and very alert and relying on my spotter a great deal.

"I've spoken to Dario Franchitti about this and he said he felt nervous about running ovals for three years.

"It takes a while to get used to. Scott Dixon has been doing this for 15 years and he said when he is in traffic and someone chops you it's still a nervous moment and something you never get used to.

"I don't think anyone feels really comfortable in traffic but you learn from it.

"The worst thing is when there is a big speed differential. When someone is building up to speed or coming out of the pits you go around the outside or stay behind - that's what I was learning.

"One person chopped me into Turn 1 and that is when you realise the speed difference. It's all experience."

Chilton recorded a best result of 13th from the four sessions across two days, but was content with his pace with a race set-up.

He said the running highlighted the difference between an IndyCar and the Indy Lights car he raced with Carlin in 2015.

"You really feel the downforce difference between the Lights and the IndyCar," Chilton said.

"You can tug on the wheel and as long as the car is in good balance and feel the load.

"But the thing that is quite surprising is they are not that much quicker than the Lights cars.

"The Lights cars test here a few days ago and were two seconds a lap slower.

"Two seconds is a lot on a short lap but it's not really a massive difference. You really notice it in the corners when you rely on it.

"When you have plenty of other cars around you in the race you will notice it with the speeds." 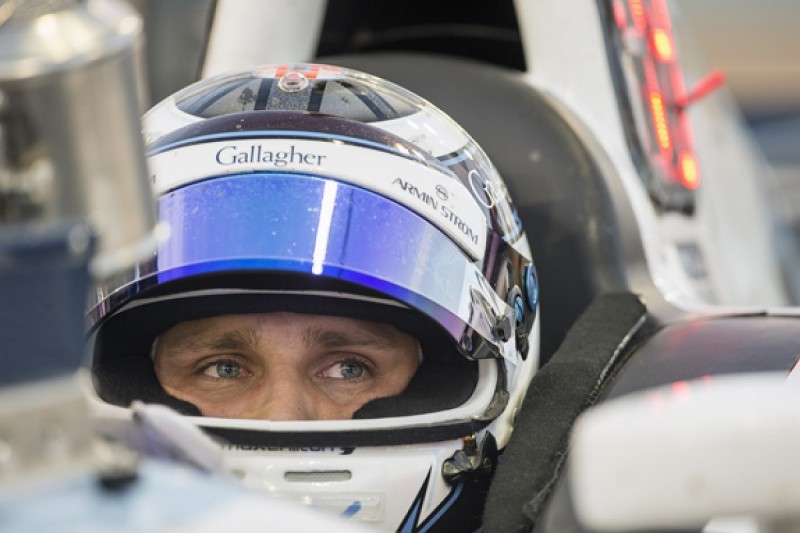 Alexander Rossi 'on the pace' in IndyCar test debut with Andretti