O'Ward and his Indy Lights title rival Colton Herta will form Harding Racing's 2019 line-up in an expanded two-car team after making their debuts at Somona.

O'Ward made the 'Fast Six' pole shootout for the first time and qualified fifth.

The 19-year-old struggled with tyre management in the race but still finished ninth, while Herta was 20th.

New talent has emerged in IndyCar in recent years with Josef Newgarden winning the 2017 championship in his first season at Penske and ex-Formula 1 driver Alexander Rossi becoming Dixon's closest title rival this year.

Dixon said O'Ward's debut was further evidence of this.

"It is a sport of evolution, right? We're in the mix of that," said now five-time champion Dixon, who made his Champ Car debut in 2001.

"The evolution is happening. There are these young people coming through.

"We saw that in full force with O'Ward.

"To come off his Indy Lights championship, to smack it right into the Fast Six, where all of us have been competing in the car all year and know it well, shows the youth and talent coming through.

"He's a great kid, got a great personality, and is going to have a bright future, along with Josef and Rossi." 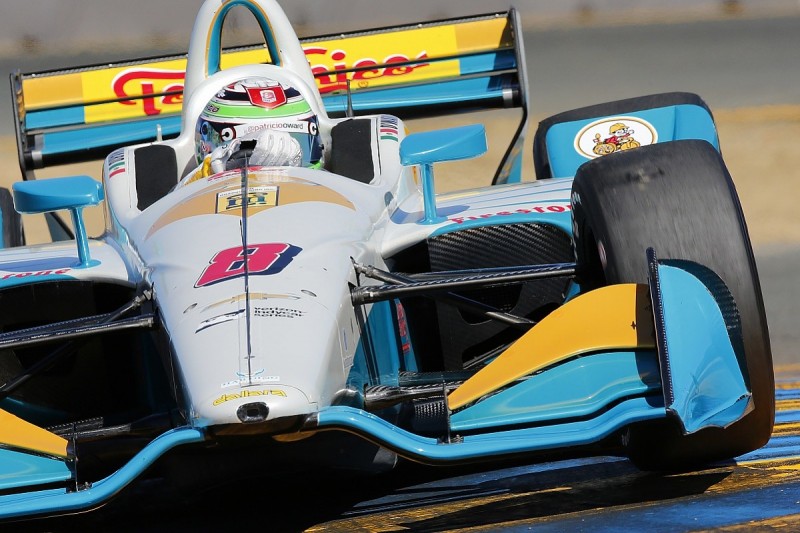 O'Ward believes 2019 will be "critical" for IndyCar's hopes of returning to international racing with an event in his home country of Mexico.

IndyCar has been exploring a race at F1 venue Mexico City, but the last Mexican to race in the series was Esteban Gutierrez - who drove for Dale Coyne Racing when Sebastien Bourdais was sidelined by injury in 2017.

"It would be one of the best events on the calendar," said O'Ward. "I think next year is going to be very critical to that.

"It's going to play a [part in] if it becomes true or not. A strong year next year with a lot of following, especially from Mexican media and people joining the following of the IndyCar Series from Latin America, would really help the series go back."

Harding has yet to finalise several details of its 2019 team. Having run with Chevrolet engines this year, and Honda operating at near-capacity in its supply to teams, Harding says an engine decision is expected in the "coming days".

Former driver Gabby Chaves gave the team its debut in 2017 but has not been retained despite having a contract for the coming season.

"As we go into a bit [of a] different direction, Gabby is still signed with us right now, so those details are going to be figured out as we go along here," said Al Unser Jr, the team's executive consultant.