Sato clinched pole on his final lap as part of the second qualifying group, clocking in a 1m13.6732s to finish the session just over a tenth of a second faster than race one winner and polesitter Graham Rahal.

This is Sato's first pole position since the same event in 2014.

Ryan Hunter-Reay topped a truncated first session with a 1m15.2833s to start second.

The first group was disadvantaged by a red flag, brought out for Carlos Munoz after the AJ Foyt driver hit the wall on the exit of Turn 2. 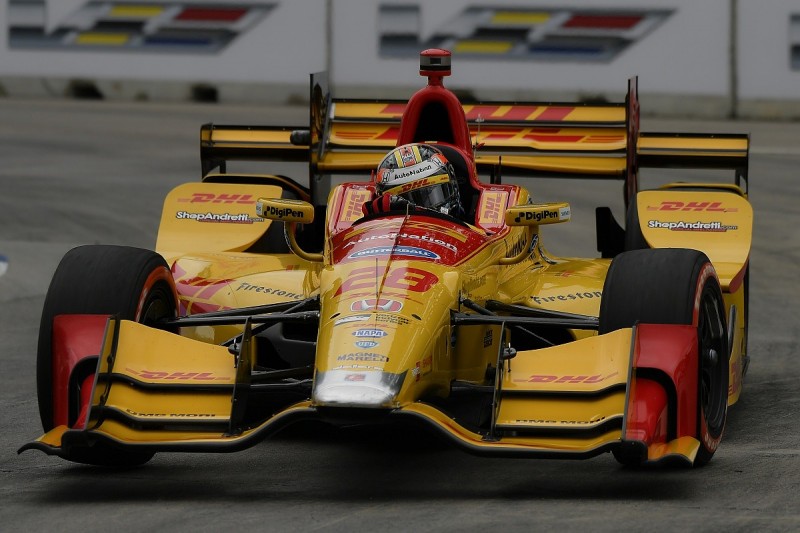 Rahal starts third after being overcome by Sato in the latter stages of qualifying, lining up once again alongside Helio Castroneves, who was a quarter of a second off Hunter-Reay's best time of the first session.

The third row will be occupied by both Schmidt-Peterson drivers, as James Hinchcliffe will start fifth for the second time this weekend, albeit this time ahead of team-mate Mikhail Aleshin.

Will Power, who set the early pace in the second qualifying session, will try to make amends for a disappointing first race by starting seventh ahead of Scott Dixon, who finished second on Saturday.

Marco Andretti and Conor Daly round out the top 10.

Josef Newgarden and Alexander Rossi, both top five finishers in Saturday's race, could only manage to reach row seven, with Newgarden half a second off Sato's pole time.

Munoz was the only driver not to set a representative time as a result of his crash in the first session, and will start the race later from last on the grid.