The two-time CART champion, who lost his legs in an accident at the Lausitzring in 2001, said that racing at Indy remained one of his unfulfilled ambitions as a driver.

"I'm not going to be an unsatisfied old man if it doesn't happen, but I would love to do the Indy 500 if the right opportunity came up," said the 48-year-old.

Zanardi missed out on the chance to compete at Indianapolis when he was racing in US single-seaters courtesy of the split between CART and IndyCar.

He explained that he had talked about racing at Indy with his friend and former team-mate Jimmy Vasser, boss of the KV Racing Technology IndyCar squad.

"I've kind of been offered a drive by a friend of mine, who is Jimmy Vasser," he said.

"But we have never gone into detail to look at what we would need to get the job done."

Zanardi said that he doubted that he would pursue Vasser's offer because he didn't want to "blow the friendship with Jimmy".

He added he would probably only contemplate racing at Indy if there was a chance to do it with Chip Ganassi Racing, which masterminded his CART successes in 1997-98.

The Italian, who demonstrated a Reynard CART car at the Lausitzring two years on from his accident, explained that adapting an IndyCar for his disabilities would be relatively straightforward.

Zanardi ruled out a return to the Spa 24 Hours next year, which he contested last weekend at the wheel of ROAL-run BMW Z4 GT3, because it would interfere with his training schedules for the Rio Paralympics in which he will defend the hand-cycling titles he won at the 2012 London games.

"Rio is in early September and I want to be completely focused on training," he said, while suggesting that he could do some racing early in the season.

... Zanardi won his two London gold medals at Brands Hatch? The Kentish circuit was the venue for the handcycling competition in which he won the H4 time-trial and road race events in September 2012. 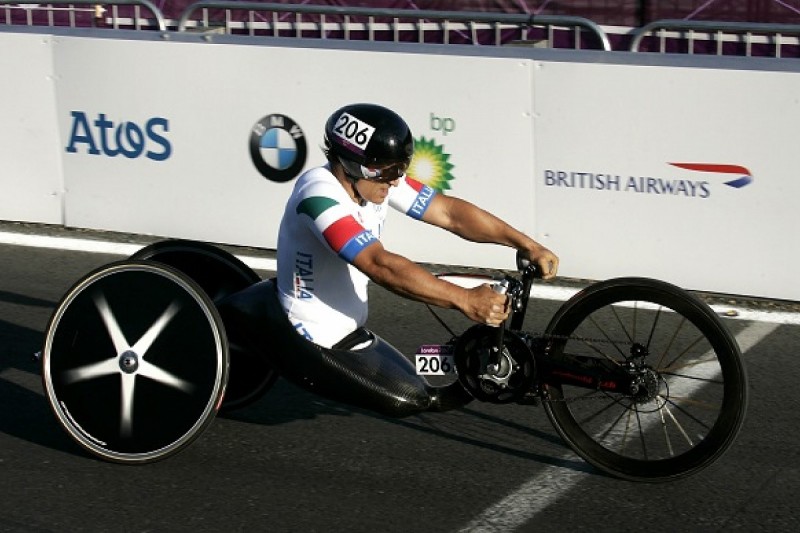