Ed Carpenter Racing has announced that Rinus VeeKay will run a third season for the team in 2022.

The 21-year-old, who won the Grand Prix of Indianapolis and finished second in the first race at Detroit, will continue as full-time driver of the #21 car.

VeeKay was a star of the Road To Indy series, placing second in the 2017 USF2000 standings, before winning the 2018 Indy Pro 2000 title and then finishing runner-up in the 2019 Indy Lights championship.

In 2020 he became IndyCar rookie of the year, and this year he lies 11th in the points standings despite missing the Road America race after falling off his bike and breaking his collarbone.

“I am very excited to have another season with Ed Carpenter Racing!” said the Dutch driver.

“We made so much progress this year, I had my first win in IndyCar and made many great memories.

“Next year, we can be better than we've ever been. We want to be championship contenders, to go for even better results, more frequent wins and podium finishes.

“The atmosphere at ECR is perfect for that, it feels like a group of friends who are eager to work hard for strong results. I am excited to continue that in 2022 and not having anything change! 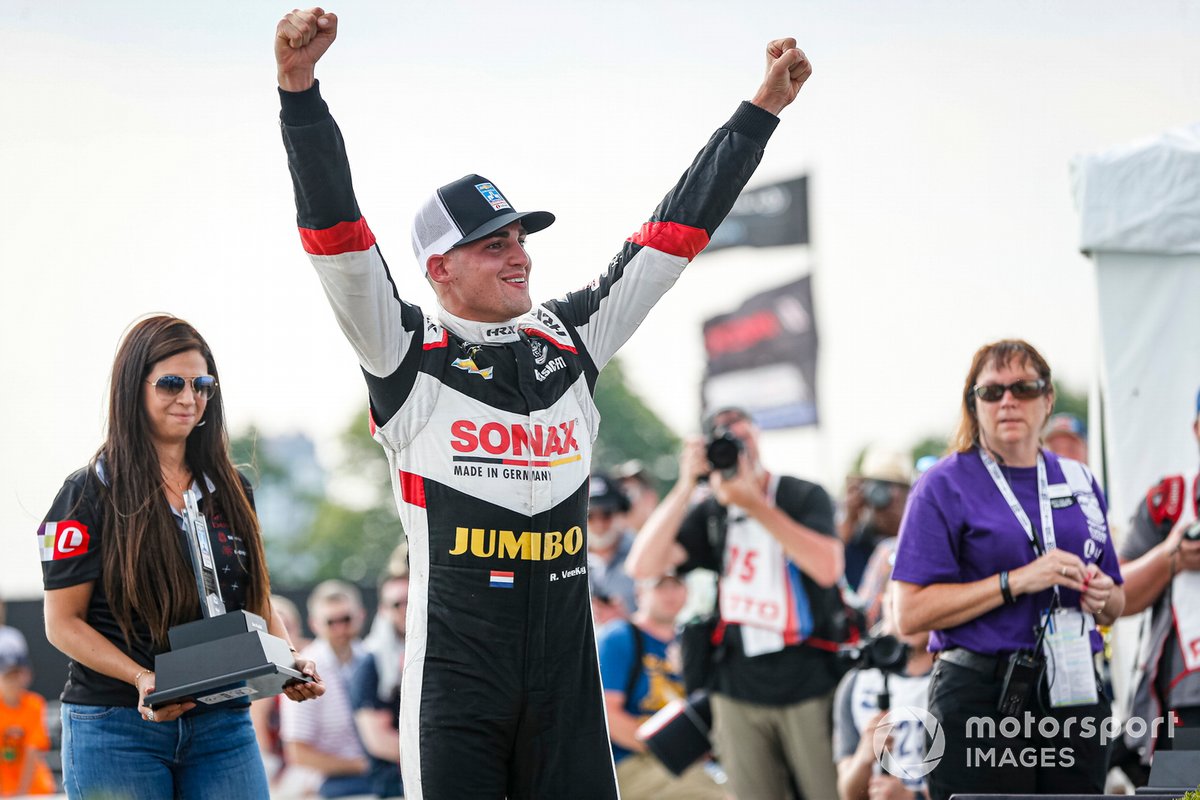 “I want to thank Ed Carpenter for giving me the opportunity to drive for another season! Ed was the one that gave me the chance to be able to prove myself in IndyCar and I am very grateful to him.

“Thank you to Tony George, Stuart Reed and the entire team, every single person who makes this possible. I am the one driving, but there is a whole team behind me working day and night to give me a good, reliable car.”

Team owner Ed Carpenter said: “I am very happy that Rinus will be back behind the wheel for ECR in 2022.

“Rinus has continued to show that he has the talent and work ethic to be a champion and that’s the goal of our team. We look forward to more success next season!”

The identity of VeeKay’s team-mate in road and street races – and the driver of the third ECR-Chevrolet at the Indy 500 – has not yet been revealed, but Carpenter will continue to campaign the #20 car on the ovals.