Championship challenger Pato O’Ward says he felt cheated out of his chance to be in the Fast Six at Long Beach following a controversial end to Q2 in IndyCar qualifying.

When Team Penske's Will Power ground to a halt without gears at Turn 10 and brought out a yellow, O’Ward – at that point sixth fastest – and championship leader Alex Palou slowed dramatically, while others did not.

The rules stipulate that all drivers shall reduce speed by a minimum of 15% (or greater if conditions warrant) and be prepared to stop under such conditions.

Four drivers improved their times that lap, pushing O’Ward down to ninth, but only Ed Jones of Dale Coyne Racing was subsequently penalised, so Arrow McLaren SP moved up only to eighth.

A confused O’Ward, who had been disconsolate after a poor practice on Friday, was happy that his car was improved for Saturday but was frustrated at being on the fourth row, only two spots ahead of a driver he needs to beat by 35 points in order to win the 2021 title.

“We didn't roll off the best, but I think we made some really good changes, just kept improving,” he said.

“We had enough for the Fast 6. Yeah, we should have been in the Fast 6, so... kind of sucks to get hosed by a very odd call. I'm still seeking answers." 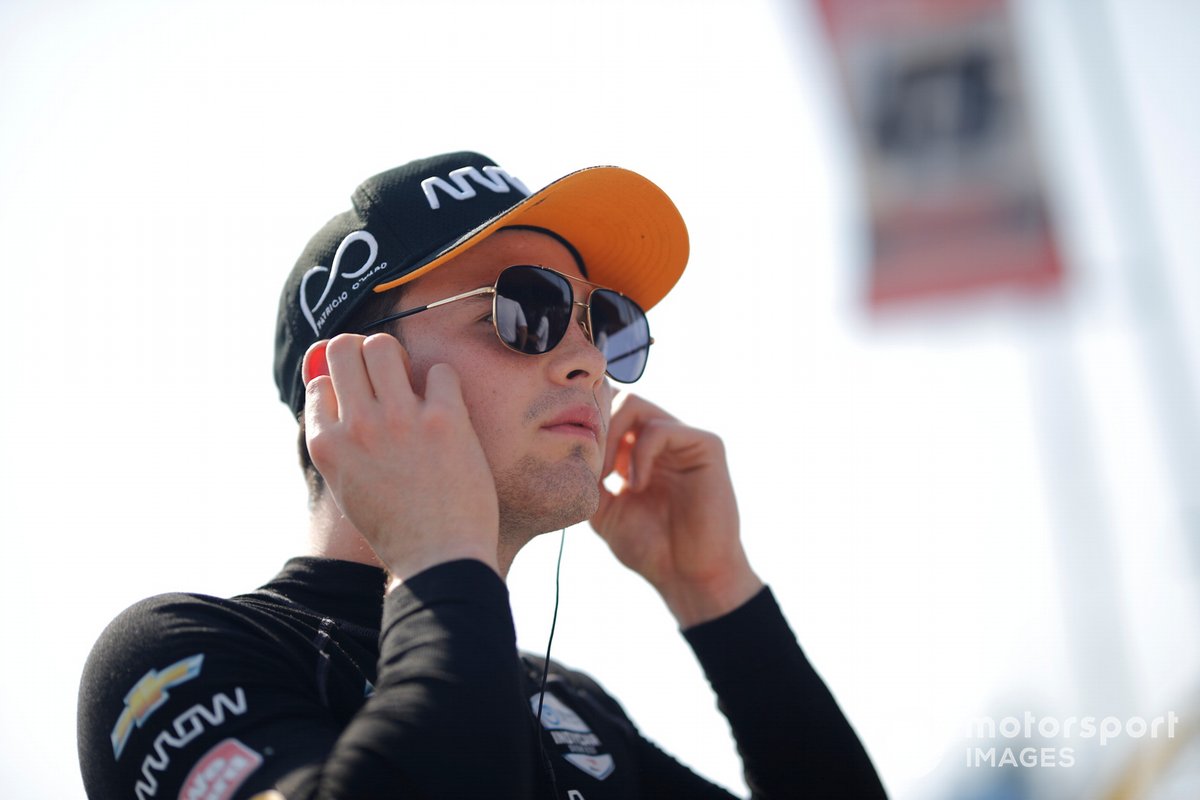 One of the beneficiaries from O’Ward’s woes was team-mate Felix Rosenqvist, and the Mexican driver said that he was “really, really happy for Felix, that he went into the Fast 6.”

But he added: “We're in the same team and we have literal data that shows that at least two of the cars that didn't get penalised kept going quickly in the yellow flag.

“I don't know. Maybe rules don't apply at the last race of the season when everything's at stake.

"It just sucks. Sucks that we're stuck there because we should have transferred.

"We had the car to fight it. I don't know if for pole, but we definitely had a car to be in the Fast 6 and start within the first two rows… I'm still waiting on the explanation, just like you and everybody else. But doubt I'll get an explanation.”