Sebastien Bourdais is set to be confirmed as a full-time IMSA Prototype driver for 2022, and is now seeking to fill his non-sportscar weekends racing in IndyCar for AJ Foyt.

The 42-year-old Frenchman has pledged his support for Foyt’s team in 2022 – what he intends to be his final season of open-wheel racing – but it will be on a part-time basis.

The four-time Champ Car title winner is expected to be announced as a full-time driver in one of the Cadillac DPi-V.Rs run by Chip Ganassi Racing, as the legendary team expands to two Prototype entries in the 2022 IMSA SportsCar Championship, ahead of its campaigning Cadillac’s new LMDh Prototype in 2023.

Bourdais, who shared the JDC-Miller MotorSports Cadillac that triumphed in this year’s Sebring 12 Hour race, was one of several drivers who was tested in the Ganassi Cadillac at Road America last month.

He has scored outright wins with Peugeot in the Intercontinental Le Mans Cup, and with Action Express Racing and JDC-Miller Motorsports in IMSA – as well as GT triumphs in both series with Ganassi-run works Ford programme.

With Cadillac intending to participate at Le Mans in 2023, this would be Bourdais’ chance to finally triumph outright at his hometown event.

He was part of Ganassi’s GTE-Pro class-winning lineup at the 24 Hours in 2016, but hopes of overall success were frustrated as he finished runner-up three times in four years with Peugeot.

General Motors’ sportscar racing program manager Laura Wontrop Klauser would neither confirm nor deny a deal with Bourdais on Saturday at Long Beach – where Cadillac scored a 1-2-3 in the penultimate round of the IMSA Prototype season – adding that “we haven’t made any driver announcements yet”. 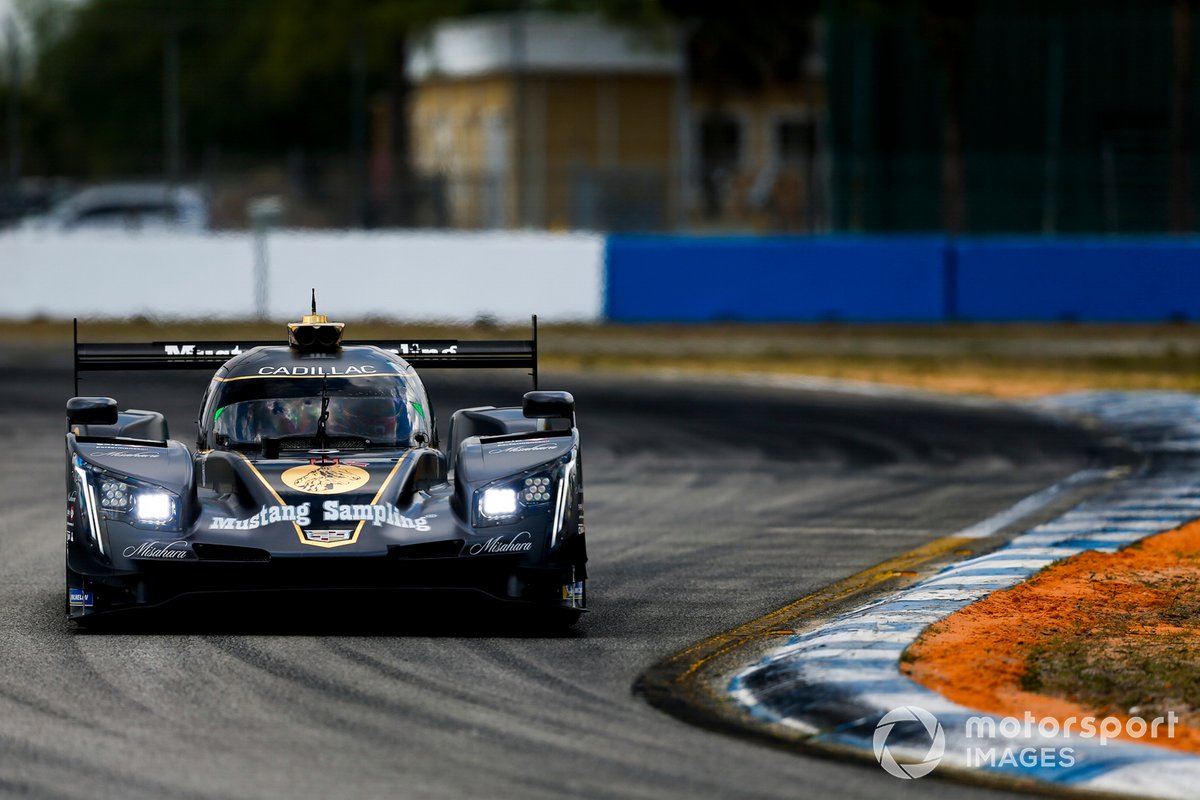 Bourdais was similarly unwilling to talk about his sportscar plans for 2022, but when asked about continuing with Foyt in IndyCar, he reiterated the fact that he wants to “help A.J. Foyt Racing as long as the team and [principal sponsor] ROKiT want me,” and that he has not had contact with any other teams.

Team president Larry Foyt acknowledged to Autosport that Bourdais would only be available to the squad part-time next year due to IMSA/IndyCar clashes.

There are seven IMSA rounds on the same weekends as IndyCar rounds in 2022, although two of these, Long Beach and Detroit, will be at the same venue, so Bourdais could feasibly pull double-duty.

However, when quizzed whether ROKiT-backed Tatiana Calderon, who tested for Foyt in July, would fill in for Bourdais when the ace’s IMSA commitments took him elsewhere, Foyt said the decision had not yet been made.

“I don’t know, we have a lot of meetings about the future this weekend,” he said, “so nothing’s set in stone. A lot of decisions need to be made.

“But it’s exciting stuff and maybe the potential to grow to three cars. We expect Dalton [Kellett] to stay on.

“Tatiana is certainly in the conversation, but there’s a lot of young drivers available too.

“It’s wide open right now, and so we need to narrow it down this weekend. We need to check on what ROKiT wants to do.”