Carlos Munoz will return to Andretti Autosport, the squad for which he has twice finished second in the Indianapolis 500, to drive a sixth car in the 2018 race

While racing for Andretti in Indy Lights in 2013, Munoz qualified and finished second on his IndyCar debut in a one-off entry for the Indy 500 (pictured below).

He spent 2014-16 in Andretti's full-time IndyCar line-up, winning in Detroit in '15 and taking another second place at Indy last season.

Munoz then switched to AJ Foyt Racing this year but has been replaced by Tony Kanaan for 2018.

But he will rejoin Andretti for Indy in a sixth car alongside full-timers Ryan Hunter-Reay, Alexander Rossi, Marco Andretti and Zach Veach and fellow temporary addition Stefan Wilson.

"I am very excited to be a part of Andretti Autosport again," said Munoz.

"The team has been like family to me since day one, when I joined them five years ago to race Indy Lights.

"We have been so close to winning the Indy 500 - twice with the team - so I am especially excited to be back for that race and hopefully we will have a good result this year. 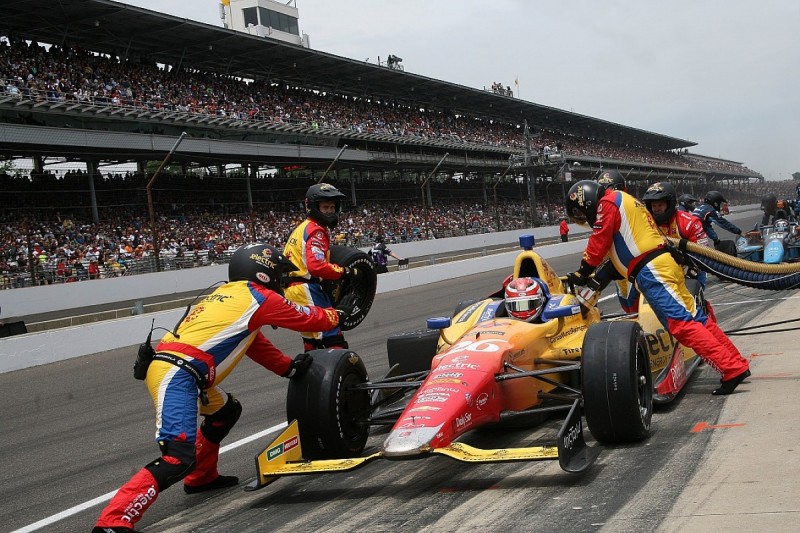 "I need to thank Michael [Andretti, team owner and CEO] and J-F [Thormann, team VP and COO] for believing in me and wanting me to back in their car for the Indy 500.

"I am also excited to be back with my team-mates, and I think we will continue to work really well together.

"We have six cars, so hopefully we will have a strong team working with the new [aerokit].

"I am really looking forward to it - hopefully we can finally get that win we've been so close to."

Michael Andretti said Munoz's previous experience with the team would make his addition to the expanded line-up "a seamless process".

Andretti added: "There is no denying that Carlos has talent at Indy - he's finished runner-up twice and that has fuelled his determination to get to victory lane."