The British team announced on Tuesday that it would step up to IndyCar from 2018.

That move marks Carlin's first top-tier single-seater foray in its history, having run its own academy and fielded cars in the British Formula 3 and Formula 4 championships, as well as European F3 and Formula 2.

Carlin will also continue with Indy Lights in 2018, creating a career ladder from junior formulas to IndyCar.

Carlin told Autosport his team can now keep drivers it would previously let go onto Formula 1, having helped the careers of the likes of F1 world champions Nico Rosberg and Sebastian Vettel.

"It's been working already, it's just that now finally we can keep the drivers when they get to that last rung.

"We always lose drivers to F1 because it's physically impossible for any sort of junior independent team to get into F1 as the costs-to-enter barriers are just ridiculous.

"But IndyCar is achievable and blimey we've achieved it."

Autosport understands that Carlin will run two cars in Indy Lights next year, downsizing from four cars, with staff moving to its IndyCar programme.

Carlin ran Matheus Leist last year, who has since moved to IndyCar outfit AJ Foyt Racing to partner Tony Kanaan, as well as Neil Alberico, Zach Claman De Melo - who has been linked with an IndyCar move - and Garth Rickards. 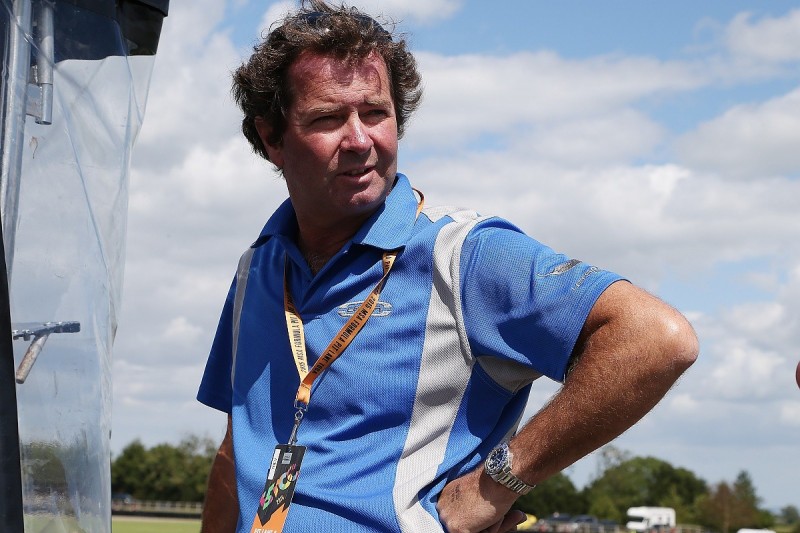 Carlin added he thought the team's experience in running spec cars in junior categories would help its maiden IndyCar season.

IndyCar will use a universal aerokit for 2018 fitted to the series' Dallara IR12 chassis.

The choice between Honda or Chevrolet engines will be the only differentiator between teams' cars.

"Being a junior [category] team, we don't have a massive design department," said Carlin.

"We have got a design department but it's effectively one or two guys. To step into something like Formula 1 or LMP1 is just not within our realm.

"We've got a very good research and development department but we don't have the funding or the size of the company to build and design a competitive racing car.

"But to run and operate pretty much a spec car, is what we've done.

"We've been doing it for nearly 20 years now so we're well versed in what it takes to get a car up to speed quickly."