Dale Coyne Racing driver Bourdais had recorded an average speed of 231.534mph across the first two of his four-lap qualifying run and was on course to go fastest but crashed heavily into the wall at Turn 2 after attempting to correct a rear-end slide.

He was quickly taken to the IU Health Methodist Hospital and was operated on by surgeons on Saturday night, having suffered multiple fractures to his pelvis and a further one to his right hip.

Offering an update on Bourdais' progress, team boss Dale Coyne told Autosport that the Frenchman's surgery had been successful but that he would be out for the rest of the 2017 season as a result of his injuries.

"That was great news," said Coyne of the fact that surgeons were able to operate on Bourdais' pelvis and hip at the same time, "because they had expected it to involve two separate operations.

"IndyCar flew Claire [Bourdais' wife] in last night, so that was great.

"Sebastien came out of surgery at 1040 [Eastern Time], and about 20 minutes later his surgeon came down and told us it had gone really well.

"[But] we're told he's going to be six to eight weeks on crutches and then there's rehab.

"So that's it for the season.

"It's sad for Sebastien that it came when we were looking really good."

IndyCar medical director Dr Geoffrey Billows said" "I've met with Sebastien this morning and he was doing even better than I expected." 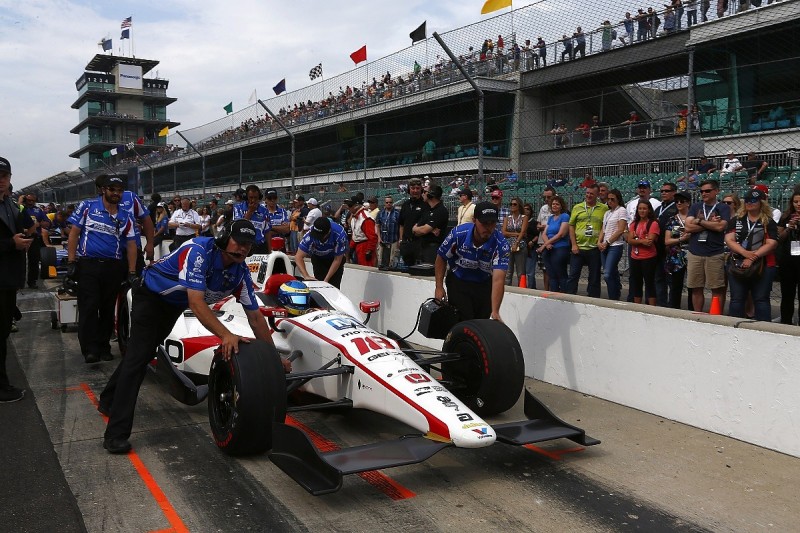 Coyne added he had a shortlist for potential short- or long-term replacements for four-time Champ Car champion Bourdais but had taken no decision on who would replace him, and that his team would build up a spare car in preparation for next Sunday's race.

"We've got to build up the spare car," said Coyne.

"I sent the guys home last night. They were devastated, as you'd guess.

"It's never going to be ready today; we'll be lucky if it's ready for tomorrow."

Potential candidates for the seat include Stefan Wilson, who this year gave up his drive at Andretti Autosport to make way for Fernando Alonso, and Tristan Vautier who has started two Indianapolis 500s, one for Schmidt Peterson Motorsports and one for Coyne, but who is currently without a drive.

James Davison had also held talks with Coyne about a drive this year's 500.

Fernando Alonso didn't get maximum from car in Indy 500 qualifying