Pato O’Ward has secured his second IndyCar career pole position, beating Alexander Rossi by less than one-tenth of a second at the 2021 opener at Barber.

The Arrow McLaren SP driver, who is embarking on only his second full season in IndyCar, produced a new track record of 1m05.847s to edge out Rossi of Andretti Autosport by just 0.069s.

In the frantic fast six final qualifying stage, fellow youngster Alex Palou narrowly missed out on the front row in his first qualifying for Chip Ganassi Racing and had to settle for third, while four-time Barber polesitter Will Power was the top Team Penske driver in fourth place.

Six-time and reigning IndyCar champion Scott Dixon, who is seeking his first Barber win, will line up in fifth, alongside team-mate Marcus Ericsson who made it three Ganassi cars in the top six.

Romain Grosjean narrowly missed out on the pole position shootout by being shuffled out in the second session, with the former Formula 1 driver set to start his IndyCar debut from seventh position for Dale Coyne Racing.

Grosjean, who will make his first race start since his fiery crash at last year’s F1 Bahrain Grand Prix in which he suffered burns to his hands, initially laid down the marker to beat in the penultimate qualifying session, but was quickly pushed aside by O’Ward and Palou. 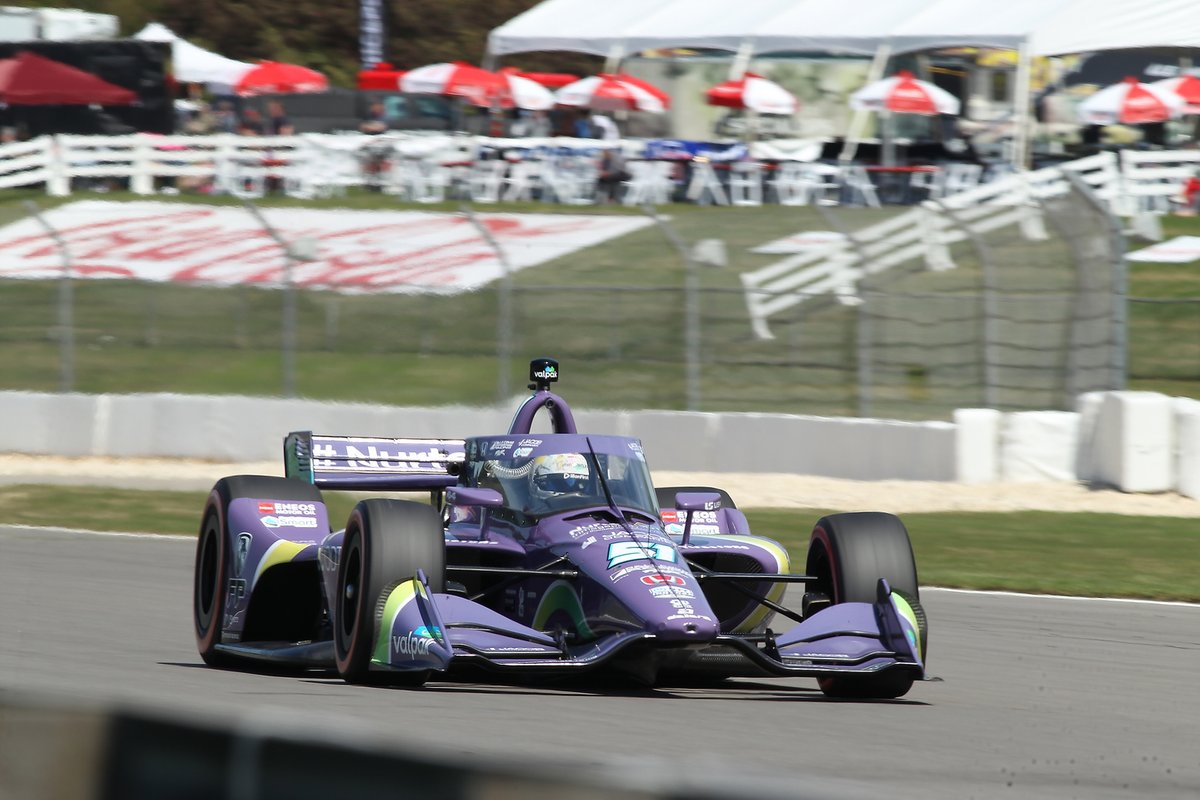 Ericsson and Dixon underlined just how strong the Chip Ganassi Racing package looks to be this year by comfortably making it into the top six shootout, as Power’s late lap prevented Grosjean from making it into the final qualifying stage on debut.

Three-time Barber winner Josef Newgarden also missed out on the top six shootout for Team Penske, who starts the 2021 opener from eighth place.