Alexander Rossi sent Andretti Autosport to the top of the times in second practice of the IndyCar Series season opener at Barber Motorsports Park that was red-flagged three times.

Ex-Formula 1 driver Romain Grosjean was the first of the runners to duck under the 1m07s barrier, with the IndyCar rookie logging a 1m06.942s lap in his Dale Coyne Racing with RWR-Honda, despite flirting with the dirt exiting Turn 13.

Colton Herta had moved to the top of the timesheets prior to a brief stoppage to retrieve Dalton Kellett’s spun and stalled AJ Foyt machine at Turn 5, but he then made a mistake of his own at Turn 2.

The Andretti Autosport machine understeered off and traversed the gravel trap before smacking the Armco barrier with his left front wheel. The suspension and front wing were damaged in the impact, which Herta attributed to trying too hard with tires not yet up to temperature.

“It was a silly move by me, it bit me and that sucks because I won’t get to try the red tires [before qualifying] now,” he said.

With just nine minutes to go, the green waved again, and almost everyone hit the track on the alternate compound tires, with Pato O’Ward’s Arrow McLaren SP-Chevrolet first to displace Herta atop the timesheets before being surpassed himself by team-mate Felix Rosenqvist on a 1m06.394s.

FP1 pacesetter Alex Palou then edged his Chip Ganassi Racing machine into top spot by mere hundredths before the third red flew when Josef Newgarden - whose Team Penske machine had earlier had its steering wheel detach - came to a halt on the main straight. 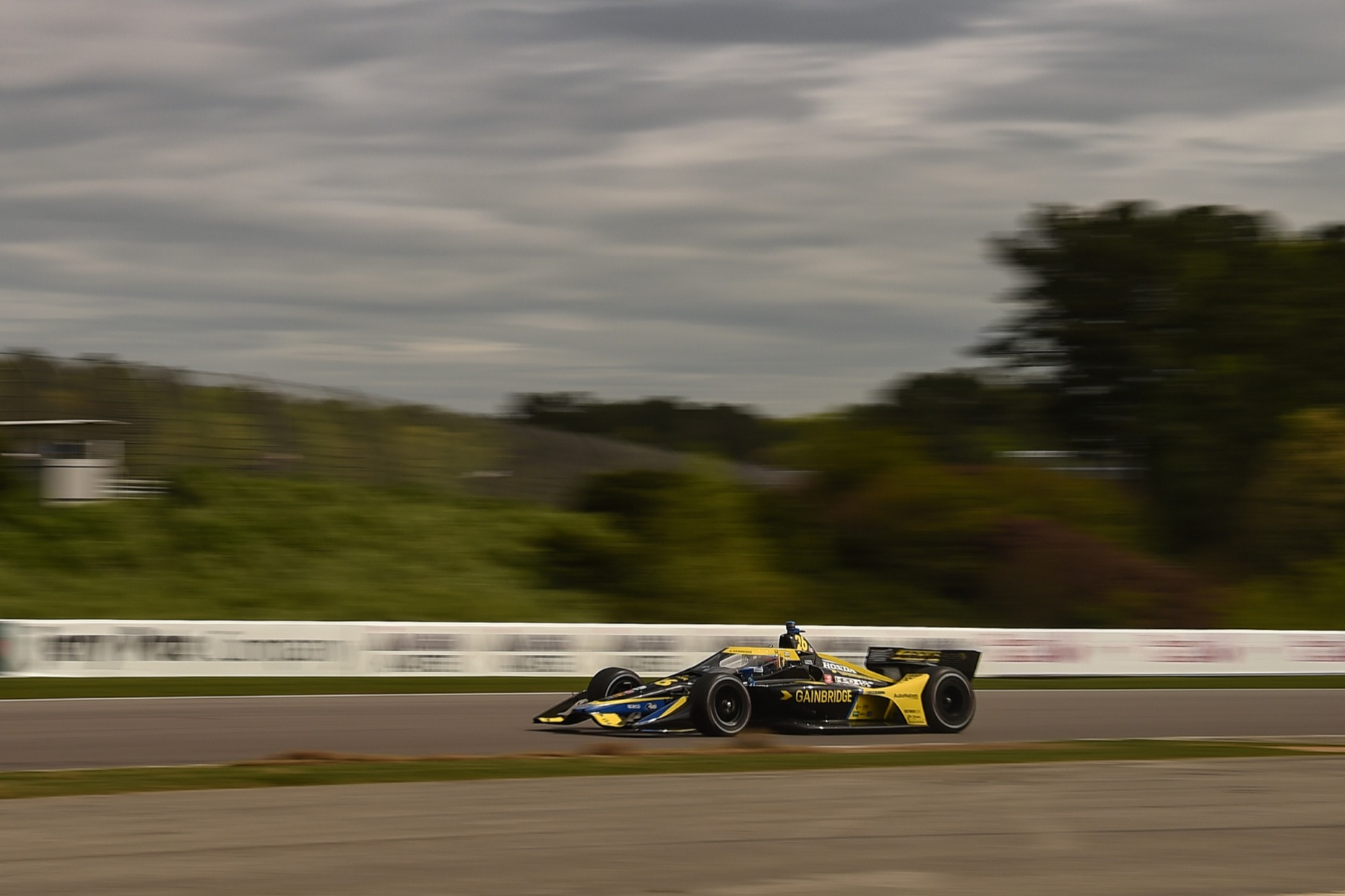 In the final flourishes, reigning champion Scott Dixon usurped Ganassi team-mate Palou only for Rossi and Marcus Ericsson (Ganassi) to bump him back to third.

Palou was fourth ahead of former Ganassi driver Rosenqvist, with series returnee Ed Jones slotting into sixth for Coyne.

Newgarden’s troubled session left him 14th, but in worse shape still were Rahal Letterman Lanigan-Honda, with 2019 winner Takuma Sato and Graham Rahal only 20th and 23rd.

Rookie Jimmie Johnson was the first to take on the softer Firestone tires, but the seven-time NASCAR Cup champion hit traffic so didn’t get the full benefit. He ended up 1.8s adrift of Rossi, completing the 24-car field.