Alonso was one of only five Fast Nine contenders to take to the track during the 45-minute practice session, but was comfortably fastest of those as he produced a 231.317mph lap.

The McLaren Honda Andretti driver led the early part of the session after setting two 231mph laps, ahead of Will Power - the only Chevrolet-powered Fast Nine runner to lap - who recorded a fastest lap of 230.981mph.

As the track warmed up, however, Alonso's best time was bettered by five drivers outside of the Fast Nine section.

Of the other contenders to have qualified for the shootout, Marco Andretti clocked a 230.796mph ahead of two of his team-mates, defending winner Alexander Rossi on a 230.489mph and Takuma Sato on a 227.532mph.

Neither Ed Carpenter Racing drivers (Carpenter himself and JR Hildebrand) nor Chip Ganassi Racing's Scott Dixon and Tony Kanaan lapped in the final practice session, with ambient conditions for the shootout expected to be warmer. 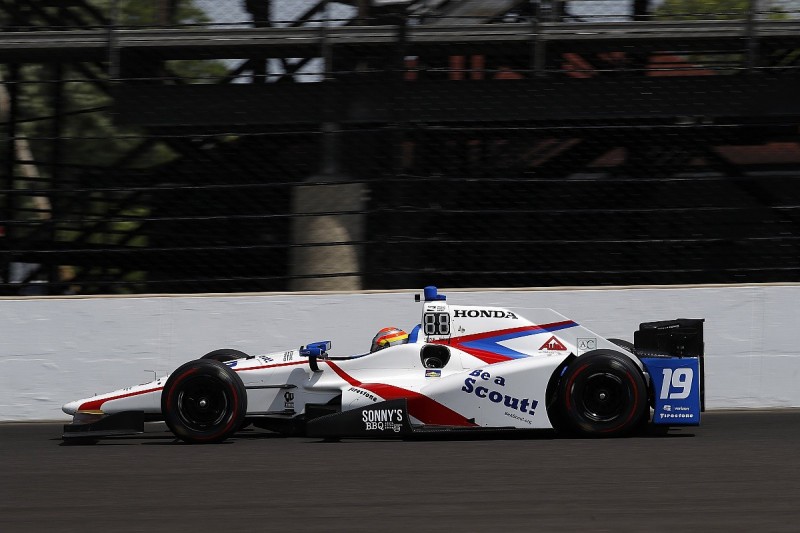 Dale Coyne Racing's Ed Jones was fastest overall having topped the earlier part of the practice session for the drivers who will fight for positions 10-33 on the grid.

But he achieved this with the aid of a tow, and it was Graham Rahal of Rahal Letterman Lanigan Racing-Honda and Ryan Hunter-Reay of Andretti Autosport-Honda who clocked the fastest no-tow speeds at 231.7mph.

Both AJ Foyt Racing-Chevrolet regulars Carlos Munoz and Conor Daly turned their fastest laps of the month at the 227mph mark.