Three-time Indy 500 winner Helio Castroneves will join the Meyer Shank Racing team for a part-time season in the 2021 IndyCar Series.

Castroneves' deal with MSR is understood to be for six IndyCar races - including Long Beach, Barber Motorsports Park, the Indy 500, the new-for-2021 second race on the IMS road course in August, Portland and Laguna Seca.

The 45-year-old had been looking to make a return to IndyCar having not competed full-time in the series since 2017, only competing in the Indy 500 and IMS events since.

MSR, which in the last off-season switched its technical alliance from what was previously known as Arrow Schmidt Peterson Motorsports to Andretti Autosport, became a full-time IndyCar team for the first time this year, running one car driven by Jack Harvey (below).

The squad has gradually increased its presence in the series, which started with just the Indy 500 in 2017, six races in 2018 and 10 races in 2019 with the intention of eventually running two full-time cars.

Castroneves has become available for 2021 because this weekend's 12 Hours of Sebring - where he and co-driver Ricky Taylor could clinch the IMSA SportsCar Championship - will mark the Brazilian's final race for Team Penske after 21 years. 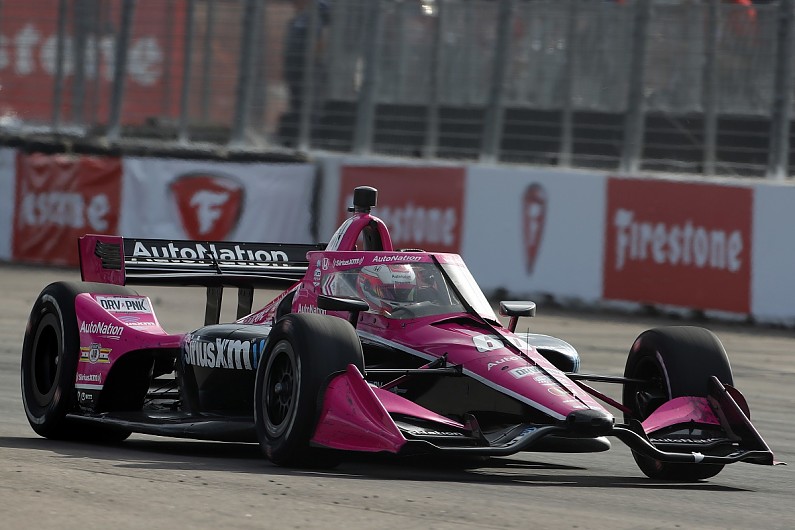 Penske is pulling out of IMSA after three years campaigning a pair of Acura ARX-05s, which next year will be entered by Meyer Shank Racing and Wayne Taylor Racing.

It is not yet clear if Castroneves' new agreement could also lead MSR to hiring him for IMSA's endurance races next year, as so far the Ohio-based team has announced only Olivier Pla as a full-timer, although Dane Cameron is expected to be confirmed shortly.

As has become tradition, AJ Allmendinger will join the team for the Rolex 24 Hours at Daytona - Allmendinger was part of MSR's winning line-up in 2012 - but the identity of an extra driver for the Sebring 12 Hours, Six Hours of Watkins Glen and Petit Le Mans is not yet known.

Both reigning IndyCar champion Scott Dixon and Colton Herta have been mentioned in connection with this opportunity, but MSR may instead consider it useful to 'plug in' Castroneves, given his three seasons of familiarity with the ARX-05, and the compressed nature of the off-season.

Share this article on Facebook Twitter LinkedIn Email
Previous / Hunter-Reay set to stay at Andretti for 2021
Next / Coyne: Palou "will be strong" at Ganassi in 2021
© 2020 Autosport