Coyne: Palou "will be strong" at Ganassi in 2021 IndyCar season

This year's batch of IndyCar rookies (Palou, Rinus VeeKay, Oliver Askew and Dalton Kellett) suffered greatly from the knock-on effects of the COVID-19 pandemic, with not only zero in-season testing, but also reduced amount of track time allowed on any given race weekend - though three of the four did score podiums.

This was almost entirely due to the series trying to compress most events into two days primarily to minimise the teams' potential exposure to the virus, as well as keeping costs down.

Now Palou has moved on from Dayle Coyne Racing to CGR's four-car line-up for 2021, Coyne says the 23-year-old Spaniard will be missed at DCR.

"Alex did a good job for us in what was a tough year for rookies," Coyne told Autosport.

"He was very impressive considering how reduced the track time was.

"So going back to the usual three-day weekends and getting more test time will be good for him, accelerate his learning.

"He's already capable of putting down a fast lap, that's for sure, but I saw that in his first test with us at Mid-Ohio in July last year. No problems with his speed.

"Now I think there's more things he needs to work on in his race craft, things we could have worked on in testing in a normal year.

"In-laps on worn out tires and low fuel, out-laps on cold tires and heavy fuel load - stuff that kind of comes automatically to the really experienced guys.

"But that comes down to comfort and confidence which you only get with experience. 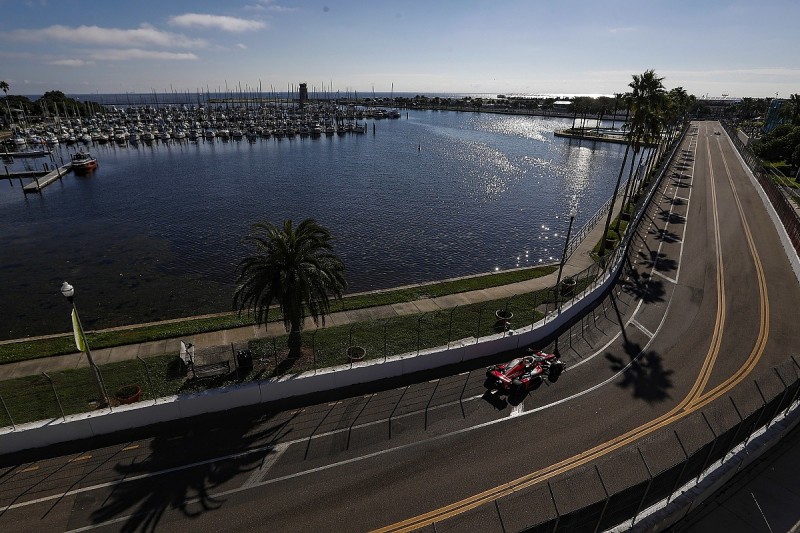 "That's the other thing - these tight schedules meant you didn't want drivers tearing up cars because the next session might be just a few hours later, especially on the double-header weekends.

"So in that situation, a rookie especially is going to give himself a bit of a margin."

Asked if he expects to see Palou flourish at Ganassi, Coyne replied: "He will be strong at Ganassi, oh yeah. If him and [six-time IndyCar champion] Scott Dixon drive similar cars, want the same things from the set-up, that will be a big help.

"And for us, his feedback was real good, too, considering he didn't really know what he could or couldn't ask for because he had nothing to compare it with.

"Now with a season under his belt, he understands the car and he's only going to get better."

Coyne currently has no drivers confirmed for 2021, but he's hoping Santino Ferrucci can provide continuity by staying on for a third year.

"I still think what Santino does on ovals is impressive," said Coyne.

"The crash at St. Pete when he got hung out there on the marbles... that was pretty rare. So yes, I think we should be able to come to an agreement again. I hope so."