Will Power scored his 59th IndyCar Series pole position for the first of two races at Gateway, while Indianapolis 500 winner Takuma Sato topped the times for Sunday's second race.

IndyCar opted to use the two-lap qualifying format first trialled at Iowa for the 1.25-mile Gateway oval, with the first lap setting the grid for Saturday evening's race and deciding Sunday's second race.

Run in reversed championship order, Team Penske driver Power was the 15th driver to complete his qualifying run, and was the first to break the 182mph barrier, lapping at an average speed of 182.394mph.

Following a 181.286mph flyer on his first lap to secure fifth on the grid for the opening race, the two-time Indy 500 winner found 0.2s on his second tour and lapped at 182.499mph to secure his tenth pole in the category.

The Penske driver was the penultimate driver to run, and was 0.022mph shy of Sato's benchmark. He will start race one from sixth, just behind the Japanese. 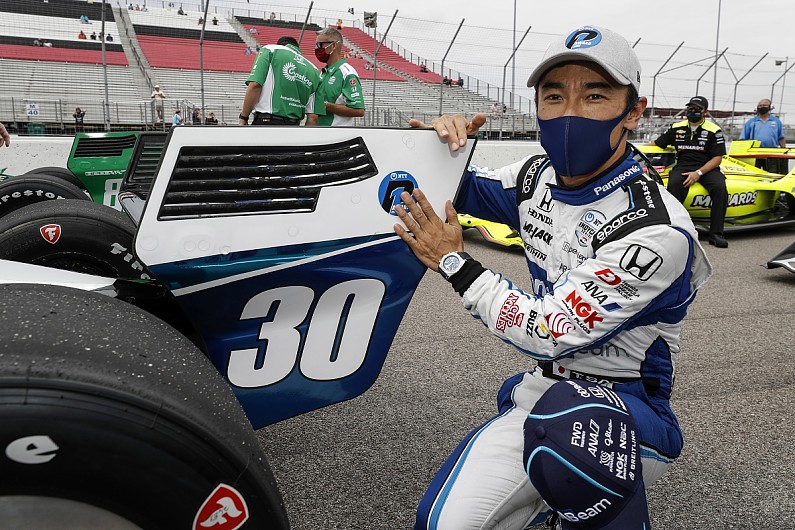 Pato O'Ward starred for Arrow McLaren SP, taking second behind Power for the first race - the Australian only 0.3mph faster than the Mexican rookie - and fourth for the second race, having improved on his second lap at 182.280mph.

O'Ward will line up for race one just ahead of championship leader Scott Dixon and his Chip Ganassi Racing team-mate Marcus Ericsson in third and fourth.

Dixon, the last driver to run courtesy of his championship position, slipped to sixth on the grid for the second race behind Meyer Shank's Jack Harvey, the Brit improving from seventh in the opening race.

Ericsson will again start just behind his team-mate from seventh in race two, ahead of Simon Pagenaud (Penske), the third Ganassi car of Felix Rosenqvist and leading Andretti Autosport driver Colton Herta.

While Sato took a pole position, team-mate Graham Rahal struggled and will start last for race two, having qualified only 22nd for race one.