Jimmie Johnson will get his first test in an IndyCar next week with Chip Ganassi Racing around the Indianapolis Motor Speedway's road course.

The test comes as the IndyCar Series prepares for the second round of its 2020 season, the Grand Prix of Indianapolis to be held this weekend on the 2.4-mile 13-turn road course at IMS.

Until the coronavirus pandemic disrupted the 2020 season, Johnson had originally been due to test for Arrow McLaren SP at Barber Motorsports Park.

This year is set to be Johnson's final full-time season of NASCAR racing, and he has made it clear on several occasions his interest in trying other forms of racing, including IndyCar road courses.

PLUS: Why 2020 isn't just a farewell tour for Johnson

I get to test an @IndyCar next week! A big thanks to my friends @CGRIndyCar & @GanassiChip for the opportunity. Now back to the gym for a crash course in IndyCar specific strength training. pic.twitter.com/Bc7JLB1O8T

Johnson has previously tested a 2013 McLaren MP4-28 with a Mercedes V8 engine in 2018, when McLaren Racing CEO Zak Brown organised a car swap at the Bahrain International Circuit. 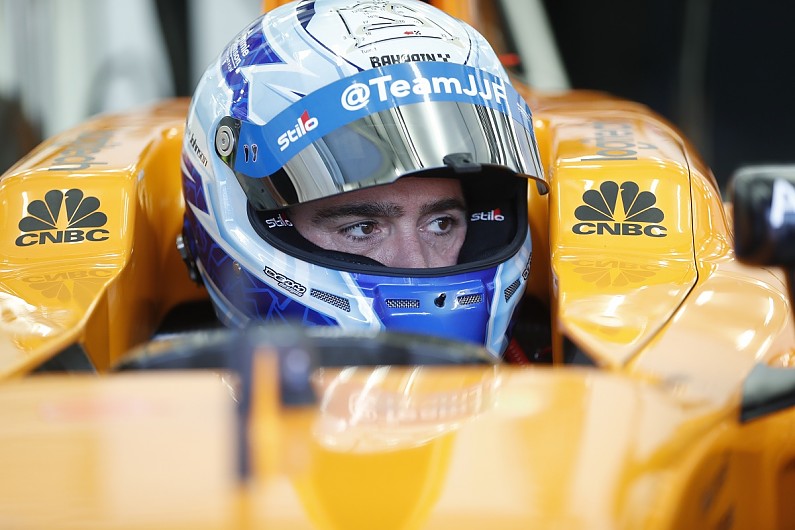 His best lap, a 1m40.462s, was just over two tenths shy of Fernando Alonso's best and left the two-time world champion "very impressed" with his pace.

Johnson signed up to contest the opening round of the IndyCar iRacing Challenge at Watkins Glen, but had an uneventful race to finish 16th, improving to 12th at Barber.