Carlin will enter just one car for this weekend's 2020 IndyCar Series opener at Texas, as the #31 originally to be driven by Felipe Nasr has been withdrawn.

The British team has cited the COVID-19 pandemic behind the economic reasons for scaling back to one entry for Conor Daly, but underlined its plan to complete the season as a two-car squad.

Ex-Formula 1 driver Nasr, the 2018 IMSA SportsCar champion, had been set to take part in IndyCar's original season-opener in St. Petersburg, but the second car's occupancy was left open thereafter.

"Due to the economic impact of the current COVID-19 pandemic in Europe, the planned #31 Carlin entry will not be entered in this weekend's IndyCar Series season opener at Texas Motor Speedway", said a statement.

"We will continue to work with our partners in Europe and aim to have two entries for the remainder of the 2020 season.

"Conor Daly will represent Carlin this weekend in the Genesys 300 as originally planned in the #59 Gallagher Carlin Chevrolet." 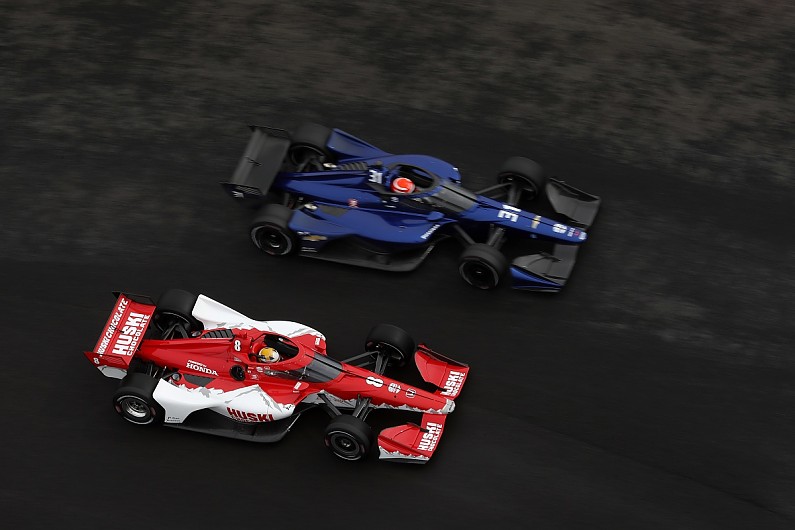 Nasr, who also represented Carlin in IndyCar's iRacing Challenge events, told Autosport in April that he was optimistic of getting future opportunities with the team in IndyCar.

"For now all I have talked with Trevor [Carlin] was to do that first round at St. Pete and I don't know where that's going to lead afterwards," Nasr said.

Carlin told Autosport last month that it was looking into the possibility of Formula 2 drivers contesting ad-hoc events in the second car.

Former Carlin F2 driver Sergio Sette Camara had been part of the original plan and tested for Carlin at COTA, but has since committed to Super Formula through his links to Honda under the Red Bull junior programme.

Elsewhere in the IndyCar paddock, it is understood that Alex Palou (Dale Coyne Racing) and Rinus VeeKay (Ed Carpenter Racing), both of whom had been in Europe, have served 14 days of quarantine to reach the United States as a precaution, although they were expected to receive waivers as elite athletes.