Andretti ran the two-time Formula 1 world champion's entry with McLaren in the 2017 edition of the race, at which Alonso qualified fifth and was among the leading pack until his Honda engine expired with 21 laps to go.

But plans for Alonso - who was highly critical of Honda during the brand's spell as McLaren's engine supplier from 2015-17 - to enter this year's race in a car fielded by Andretti appear to have come unstuck.

Schmidt told Autosport that his team has not had recent contact with Alonso, as it did not expect him to be available, but said it was important for IndyCar to have him on the entry list for this year's race.

"We've been focused on helping our two young drivers [Patricio O'Ward and Oliver Askew] to maximise their potential this season," said Schmidt.

"We haven't made any decision about our third car at Indy, but we didn't expect Alonso to be available.

"It's great for Chevrolet if it turns out that for Fernando to get a ride at Indy means he'll be in a Chevy car - but he could equally decide that he sits this one out if the right opportunity isn't available.

"The truth is, he's an amazing talent and I think more than anything, the fans of IndyCar racing deserve and need to see Fernando Alonso in the Indy 500.

"I want to see that as a fan of IndyCar myself and the guy proved in 2017 that clearly he can win the race if given the right equipment.

"But for now, we as a team are just thinking about Pato [O'Ward] and Oliver." 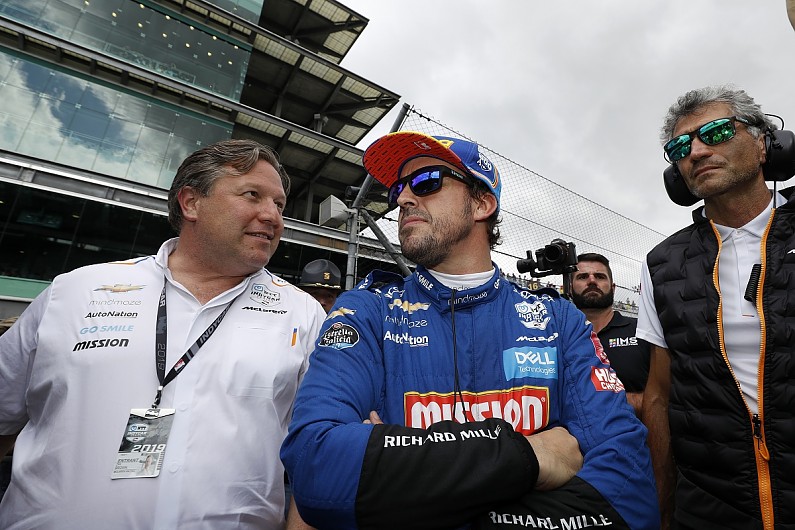 Alonso's and McLaren's criticism of Honda's F1 engines ruined their relationship with the Japanese brand, and their ill-fated 2019 Indy 500 entry - in which a Carlin associated effort failed to qualify - was Chevrolet-powered.

McLaren's full-time 2020 Indycar return, which has been achieved by buying into what was Arrow Schmidt Peterson Motorsports, also obliged the squad founded by Schmidt and Ric Peterson to switch from Honda Performance Development to Chevrolet/Ilmor.

Notwithstanding Alonso's recent ties with Toyota, with which he won the World Endurance Championship title and two Le Mans 24 Hours, Autosport understood a deal between Michael Andretti's team and Alonso was close to being agreed.

It was revealed two weeks ago that Alonso was no longer a McLaren ambassador, which meant the final hurdle for an Alonso-Andretti deal was the endorsement of Honda Japan.

Neither HPD or Andretti Autosport wished to confirm or comment on the suggestion the deal had been vetoed when contacted by Autosport on Sunday.

However, Schmidt stressed his squad has not entered serious negotiations with any drivers for an additional entry at Indy this May.

"We hadn't really gone down that road yet," he said.

"There has been so much to do in terms of getting relationships organised on the technical and commercial side since we announced we'd joined with McLaren last August."

Last year, as well as full-time entries for James Hinchcliffe and Marcus Ericsson, SPM worked with Meyer Shank Racing on Jack Harvey's entry for 10 races including the 500, and entered another car at Indianapolis in partnership with Team Stange Racing for Oriol Servia. 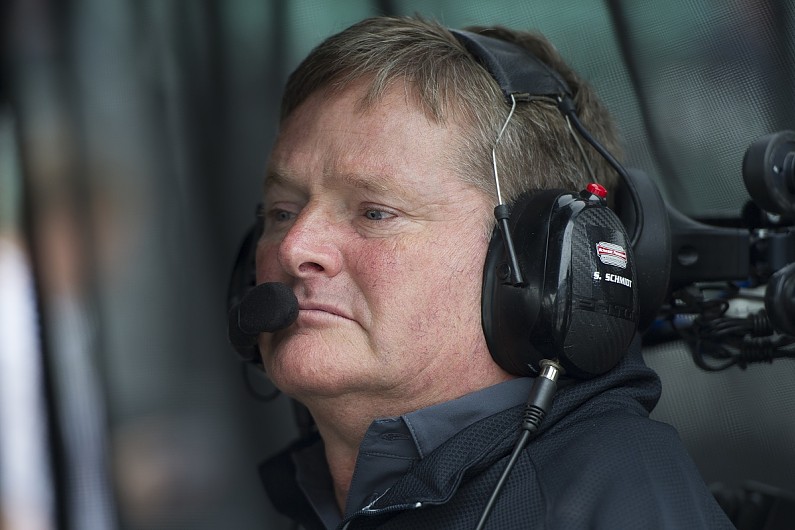