Rossi looked set to secure the top spot in the closing seconds of the Fast Six session, having shaved two tenths from his prior session-leading benchmark, lapping the 2.2-mile Mid-Ohio circuit in 1m05.531s.

But was Power was the last driver to set a flying lap and he powered to pole position with a 1m05.156s lap.

Bourdais and Rosenqvist decided to forego their first runs in the Fast Six in an attempt to save tyres for their final attempts, but were unable to get up to speed and were both over a second in arrears of Power's pole time.

Rosenquist was fortunate to make it to the Fast 12 following an issue after his Ganassi-run car entered its emergency mode as he exited the pits.

He was then able to restore the car to its normal qualifying settings and posted the fourth quickest time in his group one running. 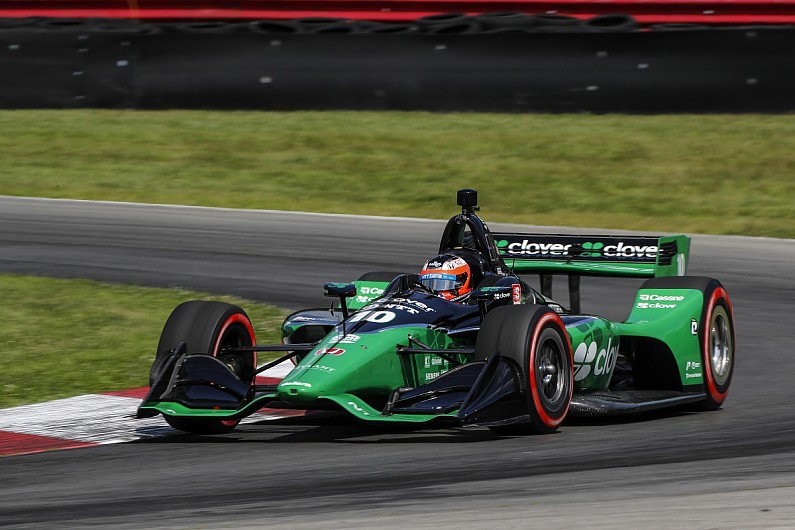 Combined practice pacesetter Colton Herta failed to make it into the Fast Six by just 0.003, limiting him to seventh on the grid as a result, just ahead of reigning IndyCar champion Scott Dixon.

Jack Harvey will start an impressive ninth for Meyer-Shank Racing, ahead of both Schmidt Petersen Motorsport stablemates James Hinchcliffe and Marcus Ericsson, who could only manage 11th and 12th fastest behind Andretti's Ryan Hunter-Reay.

The returning RC Enerson - competing for Carlin this weekend - will start 22nd ahead of Tony Kanaan, having posted a time just three tenths slower than team-mate Max Chilton, who will start 16th.