Sato's quickest lap in the Fast Six on Red Firestones was a 1m08.5934s, which pipped team-mate Graham Rahal to pole by just over a tenth of a second.

Spencer Pigot (Ed Carpenter Racing) was the sole Chevrolet representative in the final stage of qualifying and attempted an alternate strategy by running the Black tyres, as opposed to the Reds universally adopted by the other five.

Team Penske endured a tricky afternoon; none of its drivers made it through to the final session, for the first time since 2014, while Will Power was its sole representative in the Fast 12. 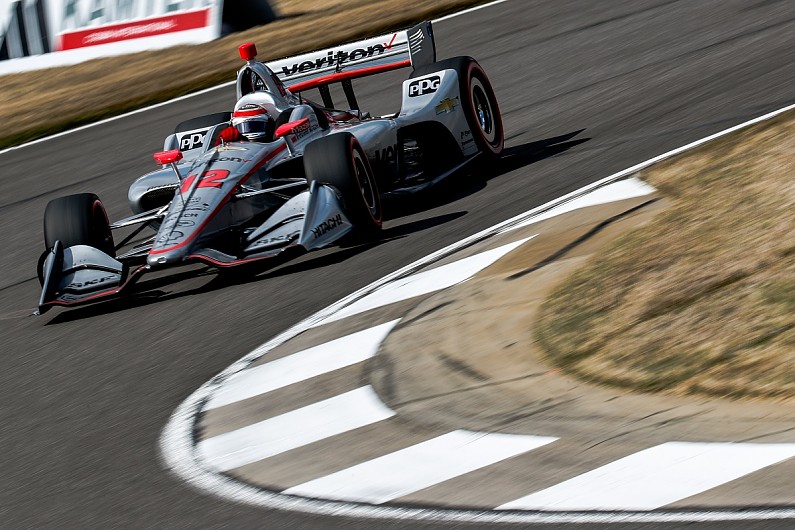 Power, pole sitter for the opening two rounds, was knocked out of a Fast Six slot by Hinchcliffe's session-topping 1m:08.4074s in the dying embers, having aborted his fast lap after a mistake.

Power will share the fourth row with Andretti Autosport's Alexander Rossi, who struggled to hook a lap up.

Ryan Hunter-Reay and Jack Harvey also failed to secure a spot in the Fast Six, the duo slowest of all in the Fast 12.

Defending race winner and championship leader Josef Newgarden was the main casualty from the group stages of qualifying.

Newgarden's time was good enough for only eighth in his session and to compound matters for Penske, 2016 champion Simon Pagenaud was also eliminated in the group stage.

Pagenaud and Newgarden will start from 14th and 16th respectively.

While Dixon secured third for Ganassi, his rookie team-mate Felix Rosenqvist was the biggest name to drop out in the first session, with the Swede unable to switch on the Red Firestone tyres as others improved.

Ex-F1 racer Marcus Ericsson and Patricio O'Ward were other early drop-outs, with Zach Veach slowest of all, leaving him at the back of the pack, alongside rookie Ben Hanley.