Marcus Ericsson's experience of Austin during his time as a Formula 1 driver helped Schmidt Peterson Motorsport shortcut its learning of IndyCar's newest track.

Ericsson joined SPM to partner Hinchcliffe for the 2019 season after losing his Sauber F1 seat at the end of last year.

The Swedish driver was one of four Honda-powered drivers to retire with mechanical problems in the season opener at St Petersburg.

IndyCar spent two days testing at Austin in pre-season but Ericsson's F1 race experience - he had a best finish of 10th in 2018 with Sauber - gave him an initial edge, despite the fact the US series is expected to lap over 10 seconds slower than F1 at the circuit.

SPM race engineer Blair Perschbacher said he expects Ericsson's advantage to be reduced by the time IndyCar qualifies for the Austin race.

"Marcus's track knowledge helped a lot, especially the first day, and we were right up there in the lap speeds," Perschbacher said.

"The second day we didn't do quite so good set-up changes as the first, but his Formula 1 experience there helped him - it was one less thing he had to learn - and he helped the team as a whole. 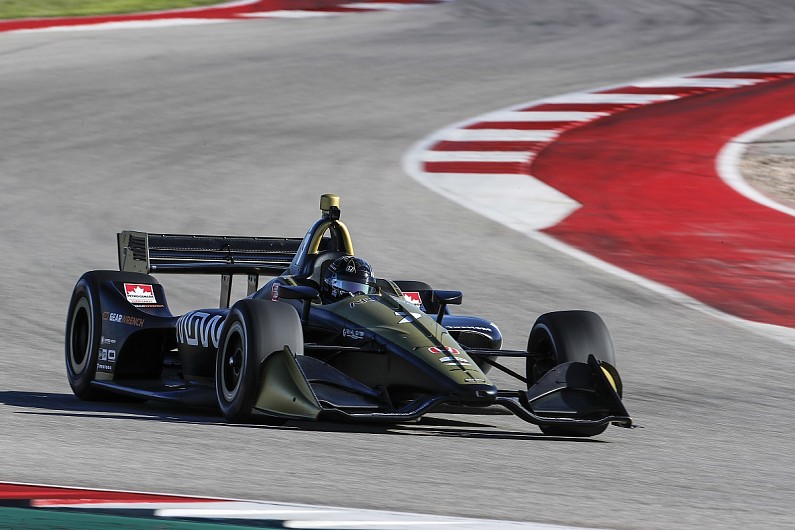 "Of course the braking points change but the lines a driver takes are very similar between the two series so, on that first day, Marcus was a long way ahead of some his rivals, especially in the Turns 2 through 9 section, which is all about rhythm and flow.

"That advantage became a lot less over the course of two days though.

"When you're up against a Scott Dixon or a Will Power, they figure things out quickly because they've gotten so used to learning new tracks over the last dozen years.

"There may be some small things they've still got to nail down, but by the time we get to qualifying on Saturday, I expect they'll be fully up to speed and Marcus' advantage will be gone.

"The way you approach a weekend and the way you study through a weekend and work on all the little pieces - out-laps, pitstops, getting up to speed in each sector, how soon can you lean on the tires - apply to both series.

"You just have to learn how it works in IndyCar compared to Formula 1.

"Our car has much less downforce so it moves around a lot more and I think Marcus is still getting the hang of that, but eventually it will be second nature."

Ericsson added: "It's the only track on the calendar that I know from before, having raced there previously quite a few times in Formula 1.

"It's a track I really like - I've had some strong weekends there in F1 so I'm coming back with good memories.

"We had the IndyCar spring training there, we had two good days learning the track for Arrow SPM.

"Going to COTA after St. Pete, where we had a very promising race which unfortunately ended with a DNF, we are going there with high targets."