Injured IndyCar driver Robert Wickens has offered more detail on his definition of himself as a paraplegic in his recent posts on social media.

A spinal cord injury was among the severe injuries Wickens sustained in his horrific accident at Pocono in August.

On Friday a video showing Wickens levering himself from seat to wheelchair was accompanied by text that included the sentence "did my first slide transfer as a paraplegic today".

The 2018 rookie of the year then felt compelled to issue a further social media post later in the day emphasising that his current paralysis is not necessarily permanent.

Wickens tweeted that he wanted "to clarify a few things" because "there seems to be some confusion about what the word 'paraplegic' really means" while emphasising his gratitude for the support he has received.

"There was no 'announcement' to confirm I was paralysed," the Schmidt Peterson Motorsports driver added in an extended post.

"I've been paralysed the moment I hit the fence pole in Pocono.

"We were very clear that I had a spinal cord injury in the press release issued by SPM, but I guess people are not aware of what that means and are just speculating.

"'Paralysed' and 'paraplegic' are paralysis from the level of injury on the lower half. I'm paralysed from the chest down.

"People may not be paraplegics forever. Since my spinal cord injury was 'incomplete' the nerves may be able to find a way back to my legs.

"Incomplete means the spinal cord was not severed, it was only bruised.

"In months' time the swelling will go down and we will learn more on how much nerve regeneration happens. 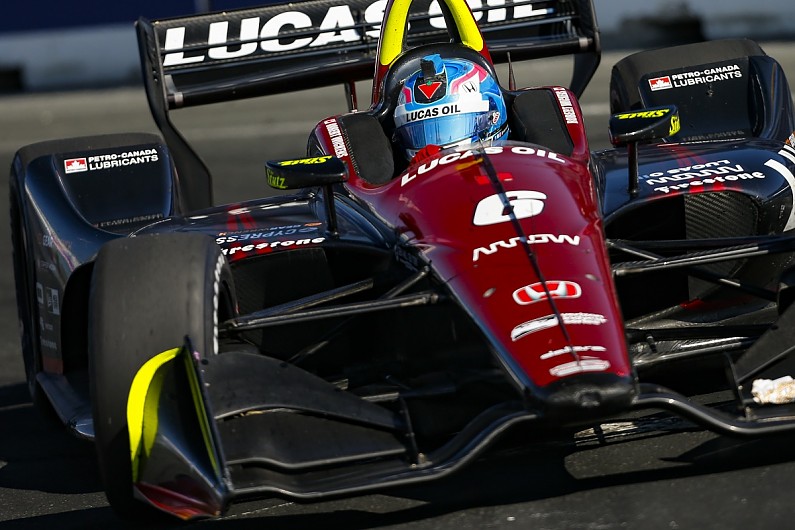 "The doctors have told us every SCI [spinal cord injury] is different.

"Two people with the same injury may heal differently. One may walk again and one may not. Each body heals differently.

"So we cannot tell you a definitive answer if I will walk again. But I have full intentions of doing just that!

"The good news is, I already have most feeling and some movement back in my legs, so there is hope over the course of 24 months that I may regain enough movement to walk again!

"So far the signs are promising, but I'm trying not to get ahead of myself!

"I am just keeping my head down and working until my therapist and doctors tell me to stop!

"Thank you all for your support! And I hope this has brought some clarity on all of this."

Wickens concluded by joking "sorry for the long read".

Having begun his rehabilitation in Indianapolis, Wickens has recently been transferred to Craig Hospital in Englewood, Colorado, which specialises in recovery from spinal and brain injuries.

The 29-year-old Canadian was sixth in the IndyCar standings in his debut season prior to his accident and ended the year still classified 11th.