Vita4One, which as Vitaphone Racing took its drivers to three FIA GT and one FIA GT1 World Championship titles with the Maserati MC12, made a last-minute decision to contest the penultimate round of the BSS at Zolder.

That will be followed by participation in the VLN long-distance championship finale on the Nurburgring-Nordschleife this weekend and then a full-time return to the racetracks next season, starting with an attack on the GT Daytona class at the opening two rounds of the USC with a pair of BMW Z4s.

Team boss Michael Bartels told AUTOSPORT: "The plan is to go race at Daytona and Sebring next year, and we will take part in the Daytona Classic next month: an MC12 has already left and we will fly out a Z4 to do this event because we want to get a feeling for American racing.

"We might do another classic event at Sebring in December and then we will prepare the cars for the Roar [the official pre-season USC test at Daytona in early January]."

Bartels stressed that all the elements of its campaign in the USC enduros were not yet in place and that it was "too early to talk about drivers".

He revealed that Vita4One came close to taking part in this month's Petit Le Mans USC finale at Road Atlanta, but had been unable to strike a deal with a suitable amateur driver for its entry in the pro-am GTD class.

Vita4One's full-season campaign in 2015 will be in a championship run by the Stephane Ratel Organisation, which organises both the BSS and the sister Blancpain Endurance Series. 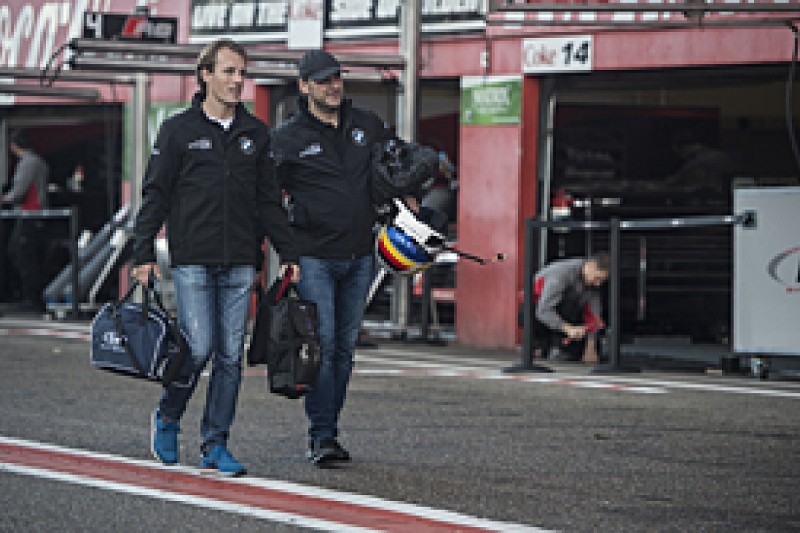 "We will race in Europe next year and it will be with SRO, because this is our home," he added.

The team decided only on the Wednesday before Zolder to take part with a solo Z4 driven by Bartels and team regular Yelmer Buurman (pictured).

Buurman and BMW factory driver Jurgen Klingman are scheduled to drive this weekend on the Nordschleife.

Bartels explained that Vita4One had not competed before Zolder this year because he "couldn't put the right package together for commercial and performance reasons".

Vita4One built the MC12 Centenario for Maserati this year in celebration of the Italian manufacturer's 100th anniversary and demonstrated it at a series of events, including the Goodwood Festival of Speed in June.