The 2016/17 FE champion with the Abt Audi team will race in the IMSA finale at Road Atlanta on October 13 with the factory Mazda squad run by Joest Racing, formerly Audi's long-time partner in its prototype campaigns.

Di Grassi will share the #77 Mazda RT24-P Daytona Prototype international together with Oliver Jarvis, with whom he raced at Audi in the WEC in 2013-16, and Tristan Nunez.

He takes the seat occupied at the Daytona, Sebring and Watkins Glen endurance races by Rene Rast, who is racing in the DTM finale at Hockenheim on the same weekend as Petit.

Joest team boss Ralf Juttner told Autosport: "Lucas's name came up when we were discussing who to bring in because of the clashes with Hockenheim and Fuji WEC race.

"We've always remained in contact and it will be good to put him alongside his old buddy Olly.

"Lucas hasn't raced a sportscar for a while, but he's always been a quick learner."

Juttner confirmed that di Grassi had already tested the Mazda in preparation for Petit. 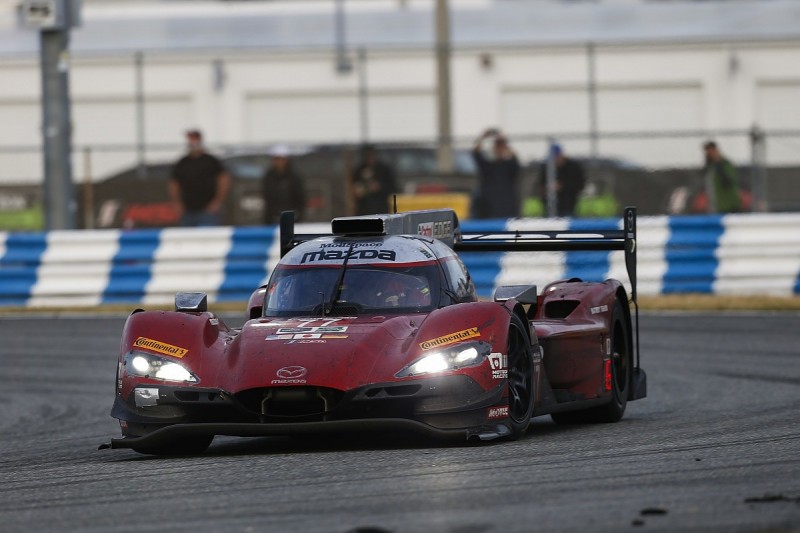 His last sportscar race came in an Audi R8 LMS GT3 car in the 2017 GT World Cup at Macau.

He had also been due to race at the Le Mans 24 Hours last year in a factory AF Corse Ferrari, but was prevented from doing so by an ankle injury sustained playing football.

Marino Franchitti, winner of the Sebring 12 Hours in 2014, will make a return to the Mazda line-up at Petit.

The Briton, who last raced for the marque in the Sebring and Watkins Glen IMSA rounds in 2017, will drive the #55 RT24-P.

Franchitti comes in alongside full-season driver Jonathan Bomarito and Spencer Pigot, who has raced the car on four occasions so far this season.

Harry Tincknell, Bomarito's regular team-mate, will be racing at the Fuji WEC round with Ford on Petit weekend.