Nasr led from pole in the 100-minute contest aboard the Whelen Engineering/Action Express Racing-run Cadillac DPi-V.Rs, before handing over to Derani who finished well clear of the similar Chip Ganassi Racing Cadillac of Magnussen/van der Zande.

The leading prototype contenders made it to the finish with just a single pitstop which meant they were all obliged to save fuel, while for the third race running, Meyer Shank Racing’s Acura ARX-05 driven by Dane Cameron and Olivier Pla was committed to an alternative strategy.

They were still running behind the other five DPi contenders when Frenchman Pla was involved in an incident while trying to pass two slower GT cars with a little over 10 minutes remaining.

The championship-leading Wayne Taylor Racing Acura finished a distant fourth, despite a bold early charge by Filipe Albuquerque who leapt from fifth on the grid and briefly held second place, behind Nasr, at the exit of Turn 1. Magnussen fought back immediately, however, barging past Albuquerque into Turn 2 and then chasing down Nasr. 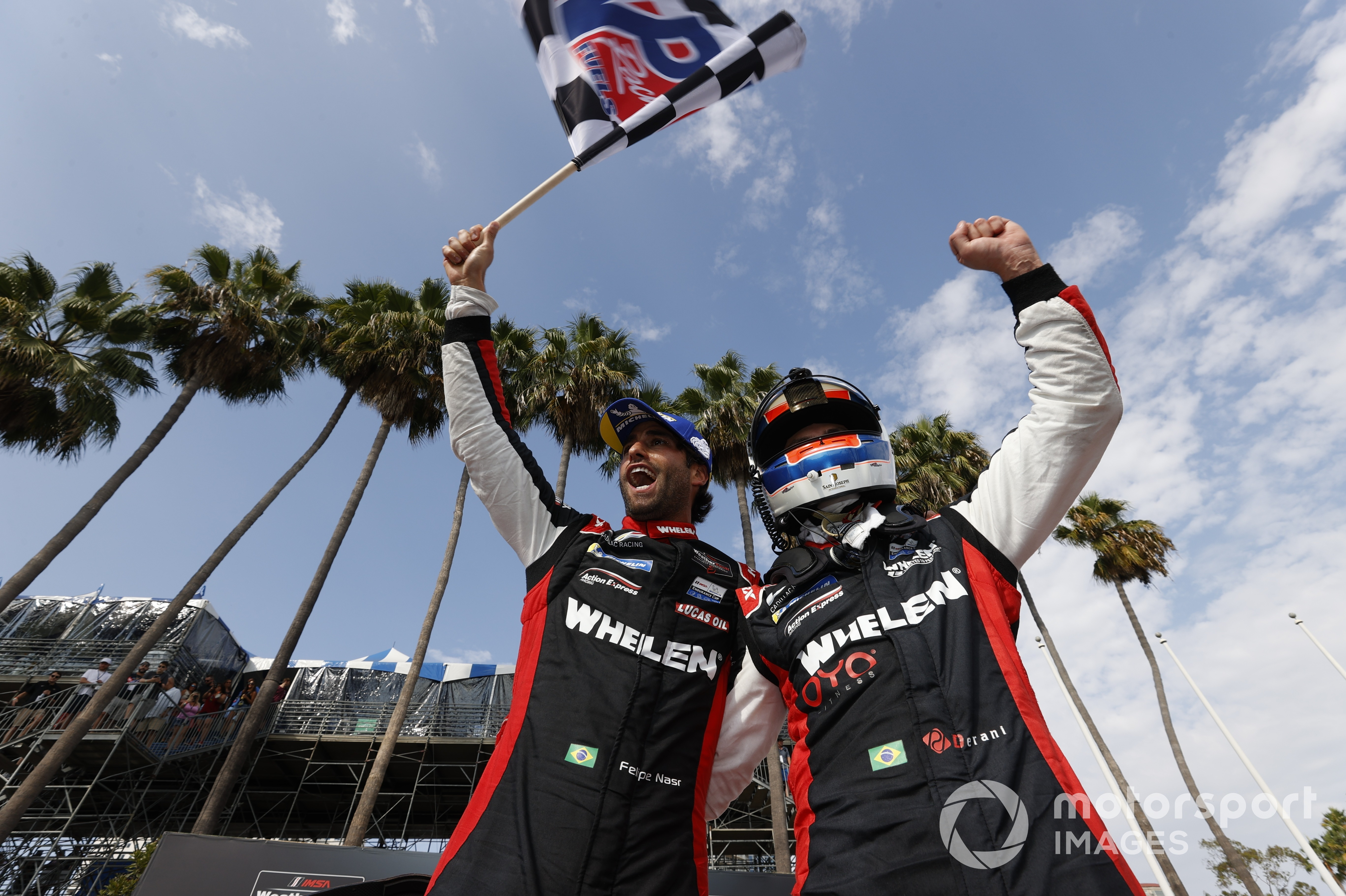 Magnussen took advantage of a slower car to nip past Nasr at the Turn 11 hairpin on lap 10, although his lead lasted only a couple of laps before his attempt to sneak past a couple more GTD cars in the first corner make him miss the apex and clip the tyre wall at the exit.

Nasr grasped the opportunity to nip back past and was never again seriously challenged. The Ganassi car continued in second despite damage to its right-rear corner.

An intra-team battle between the pair of Chevrolet Corvette C8.Rs in GTLM allowed Tommy Milner to slice past polesitter Jordan Taylor shortly before the end of the opening stint. Nick Tandy maintained the position after the pit stops and finally took the flag less than a second ahead of Antonio Garcia for the No. 4 team’s second successive win.

In GTD, Madison Snow led throughout the opening stint after starting from the pole in Paul Miller Racing’s Lamborghini Huracan GT3. Team-mate Bryan Sellers continued the good work to secure the team’s first win of the season.