Albuquerque qualified on pole for the first time and led the early stages before handing over to Taylor, who drove comfortably to secure a 14.8 second win over the Chip Ganassi Cadillac of Renger van der Zande and Kevin Magnussen.

For the second race in a row, a strategic ploy by WTR's sister Acura squad Meyer Shank Racing failed to pay off.

Dane Cameron and Olivier Pla managed to obtain some remarkable fuel economy, leading for a total of 53 laps (second only to Albuquerque and Taylor's 62 laps) during the two hour and 40-minute race.

But with only one brief full-course caution in the early stages, they had to cut their pace dramatically and could manage no better than fourth after starting on the outside of the front row of the grid.

Derani and Nasr looked set for second, even though they were clearly struggling for grip toward the end of each stint, but with just three laps remaining van der Zande pulled off an audacious pass on Nasr to secure the spot.

British pairing Harry Tincknell and Oliver Jarvis in the Mazda were the only other unlapped crew in fifth, as Loic Duval and Tristan Vautier's JDC Miller Cadillac ended a twice-lapped sixth. 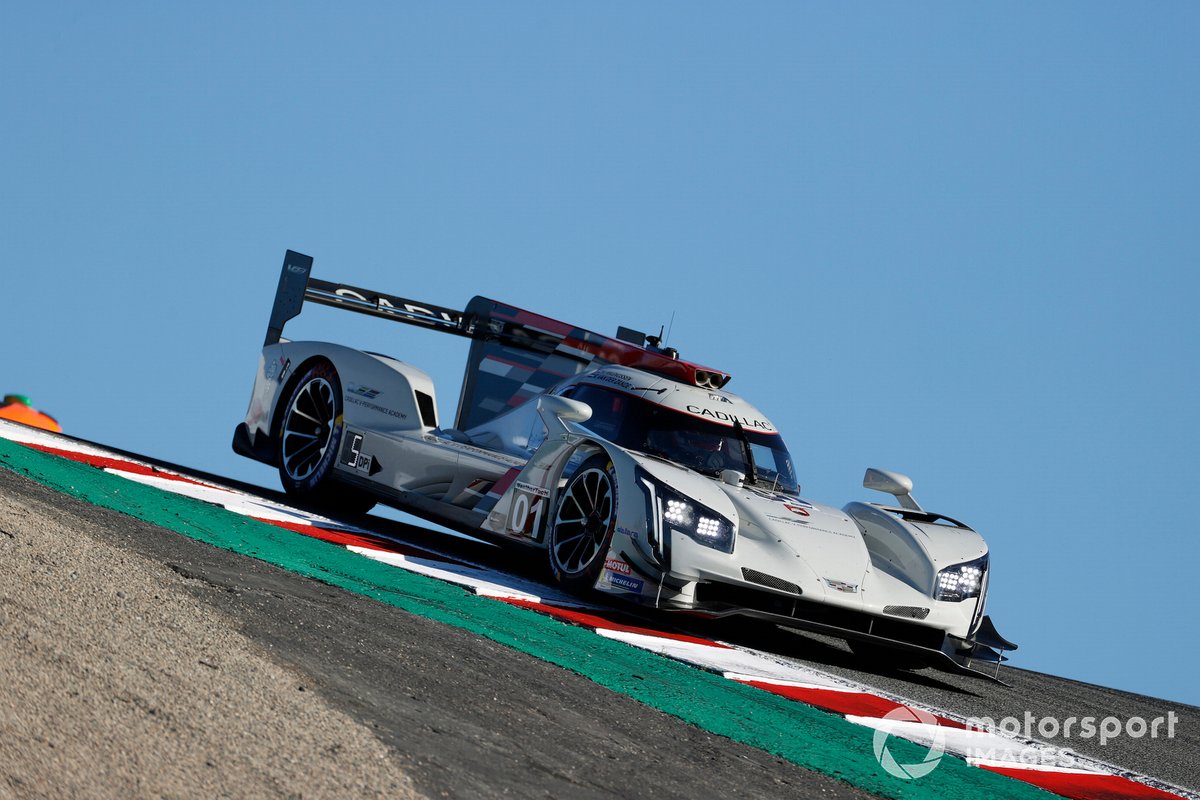 A remarkable performance by Ben Keating and Mikkel Jensen brought a clear LMP2 class win for the PR1/Mathiasen Motorsports ORECA, with 2022 Peugeot Hypercar driver Jensen posting a new LMP2 lap record several tenths of a second faster than the old DPi benchmark that had been set by Juan Pablo Montoya's Penske Acura.

Former Porsche driver Tandy had won the season-opening Daytona 240 qualifying race together with Alexander Sims, and combined with Milner to win in Detroit - which also didn't form part of the GTLM championship.

For the second race in a row, Zach Robichon and Laurens Vanthoor had the measure of a closely matched GTD field in their Pfaff Motorsports Porsche 911 GT3 R. Madison Snow and Bryan Sellers finished second aboard their Pail Miller Racing Lamborghini Huracan, just five seconds in arrears as the class championship protagonists finished fourth and fifth.

As a result, Bill Auberlen and Robby Foley (Turner Motorsports BMW M6) extend their points lead over Heart of Racing Aston Martin pairing Ross Gunn and Roman de Angelis, after the latter pairing started from the rear of the grid.