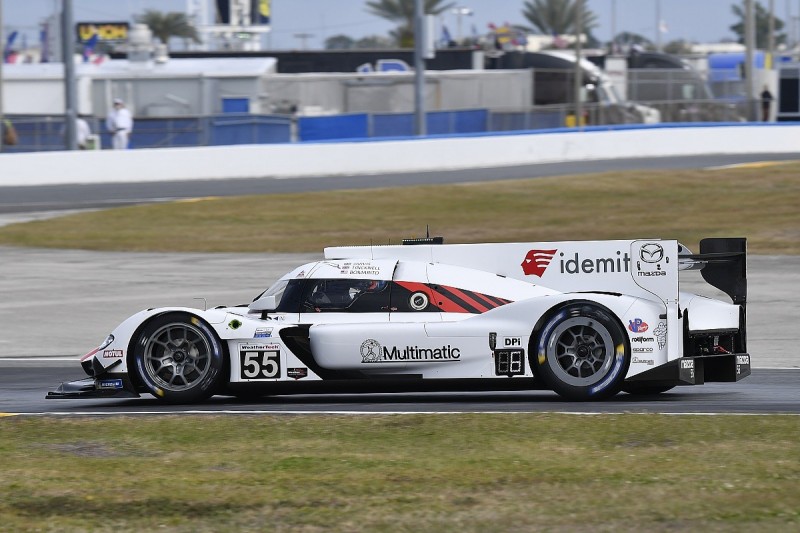 Jarvis moved up to the top qualifying spot in his Mazda RT24-P when the pole-winning Action Express Racing Cadillac DPi-V.R was found to be underweight during scrutineering in the wake of Saturday afternoon's qualifying session.

The Briton, who shares the solo Multimatic-run Mazda with Harry Tincknell and Jonathan Bomarito, had trailed Nasr's pole mark of 1m34.311s by 0.0131s at the end of the 15-minute session.

His promotion to the top of the times courtesy of his 1m34.442s means the Mazda driver has now topped qualifying in each of the past three years at Daytona, following his pole positions for the main event in 2019 and 2020.

Jarvis, who will drive in the 100-minute qualifying race with full-season partner Tincknell, said: "I'd rather do it on the track, but that pole at Daytona is always special.

"Any pole is special but this one is in particular: I love this track, such an amazing race.

"You always want to start out front and try to stay out of trouble."

The JDC-Miller MotorSports Caddy qualified by Tristan Vautier moves up to the front row alongside the Mazda as the result of the exclusion of the Action Express team's full-season entry in this year's IMSA SportsCar Championship. 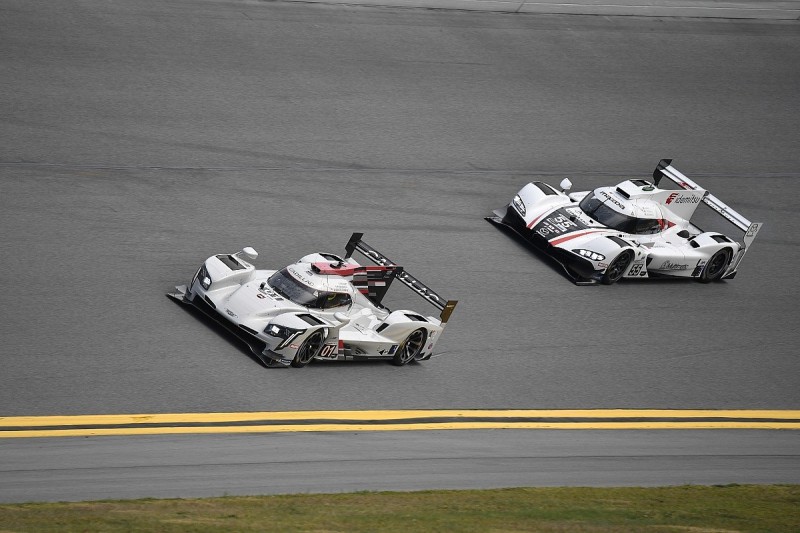 The car the Portuguese shares with Jordan Taylor, Helio Castroneves and Alex Rossi was excluded from the session when its bodywork and rear wing were found to be out of compliance with the regulations.

The #31 Action Express Caddy and the WTR's lone Acura will start Sunday's race from the back of the seven-car Daytona Prototype international field.

The qualifying event, known as the Motul Pole Award 100, has been introduced for this season at Daytona.

It sets the grid for the Rolex-sponsored Daytona 24 Hours on 30/31 January and qualifying points, another new development for 2021, will be awarded according to class finishing position.

The race starts at 2:05pm local time in Florida on Sunday.