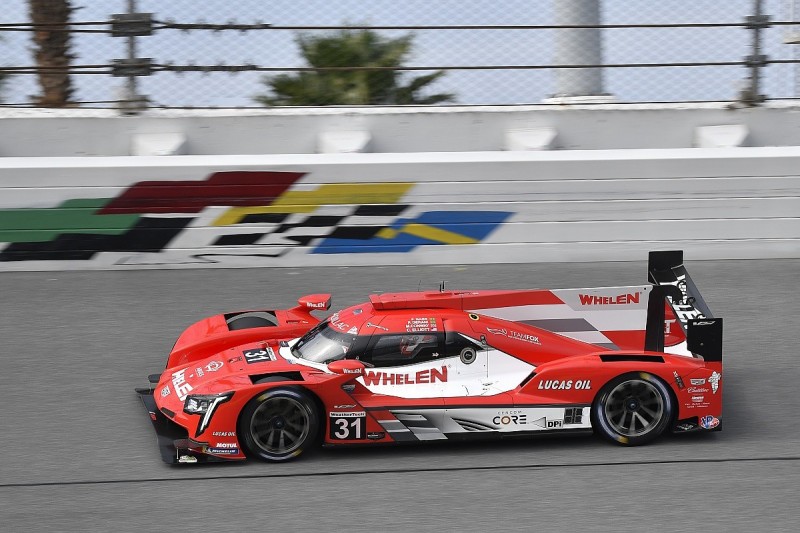 With 17 cars on track for the Prototype session - seven LMP1, 10 LMP2 - the 3.56-mile Daytona road course was busy in the closing minutes of the session, but Nasr picked his way through the traffic to land pole with a 1m34.311s in the #31 Action Express Racing Cadillac DPi-V.R.

Ben Keating landed LMP2 pole for PR1 Mathiasen Motorsports ORECA with a 1m37.589s lap, almost a full second faster than Dennis Andersen's High Class Racing ORECA entry with Cetilar Racing's Roberto Lacorte a further half second behind in third and just ahead of John Farano in the Tower Motorsports by Starworks ORECA. 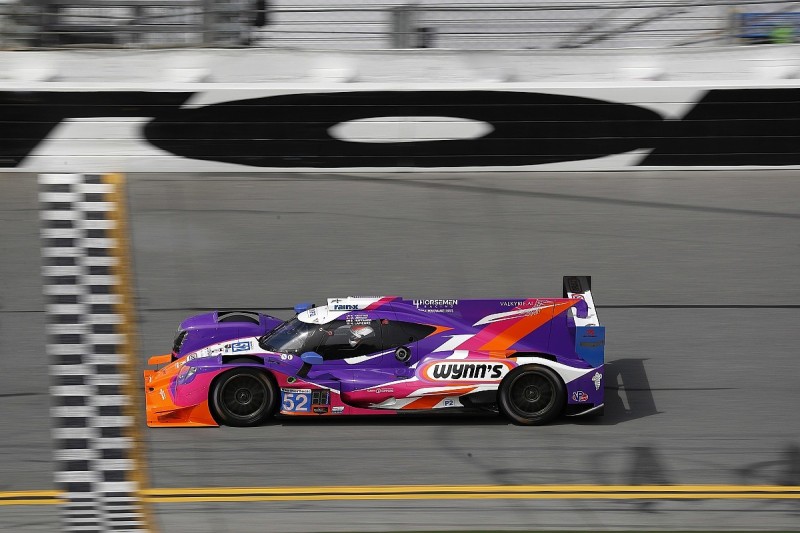 In LMP3, Moritz Kranz of Muehlner Motorsports was the only driver to eclipse all the GTLM times, first with a 1m42.782s lap, then with a 1m42.384s - 0.6s ahead of the GT pacesetter. Former Indy Lights driver Ryan Norman was second fastest, over 1.2s behind in the Duqueine-Nissan of Forty7 Motorsports.

Fastest of the Ligiers was Rasmus Lindh of Performance Tech Motorsports, fractionally off of Norman, while Jon Bennett was 2.6s down in the CORE Autosport entry.

With Daniel Morad in the Alegra Motorsports Mercedes AMG GT3 having stopped on track in the third sector before anyone had set a representative time in the GT session, this obliged 25 cars to try and set a time in just eight minutes.

In the end, GT Le Mans saw a good deal of separation between the four marques represented.

Marco Wittmann and Timo Glock scored a 1-2 in the RLL-run BMW M8s, 0.363s apart, with Wittmann taking pole from Glock, who was 0.288s clear of the next non-BMW in the GTLM class. 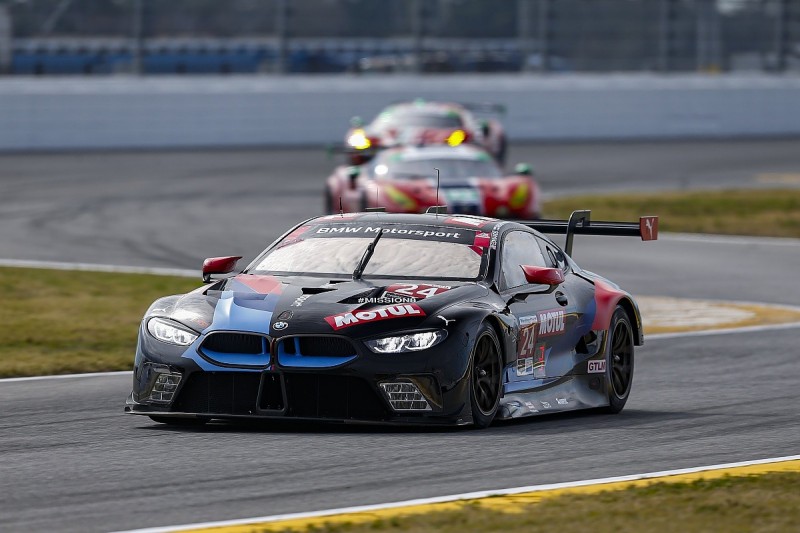 Alessandro Pier Guidi was more than half a second adrift of Taylor - and 1.3s off Wittman - driving the Risi Competizione Ferrari 488, while Cooper MacNeil was a further 1s back in the WeatherTech Racing Proton Porsche 911 RSR.

In GT Daytona, Ryan Hardwick, who won the last IMSA race - the 2020 Sebring 12 Hours - with team-mates Jan Heylen and Pat Long, excelled himself again for Wright Motorsports. Hardwick notched up the best time in the class by more than a quarter second ahead of Simon Mann's AF Corse Ferrari 488, while Madison Snow's Paul Miller Racing Lamborghini Huracan was less than 0.1s further back.