CORE, which finished second in this year's points with Colin Braun and Jon Bennett, has instead decided to retain its ORECA-Gibson 07 and compete in the secondary LMP2 prototype class created for the 2019 IMSA SportsCar Championship.

The South Carolina-based squad explained that it failed to put together a suitable programme with a DPi after IMSA opted to split the LMP2s out of the top class and create a separate pro-am division for them.

IMSA's move also means that the DPis will no longer be balanced down to the level of the LMP2 machinery in order to create a clear performance margin between the two prototype classes.

CORE chief-operating officer Morgan Brady said: "We were unable to find a path to a DPi programme that would operate at the level we wanted.

"We will continue to look at options for a future DPi programme, but we look forward to the strong competition in the new LMP2 class." 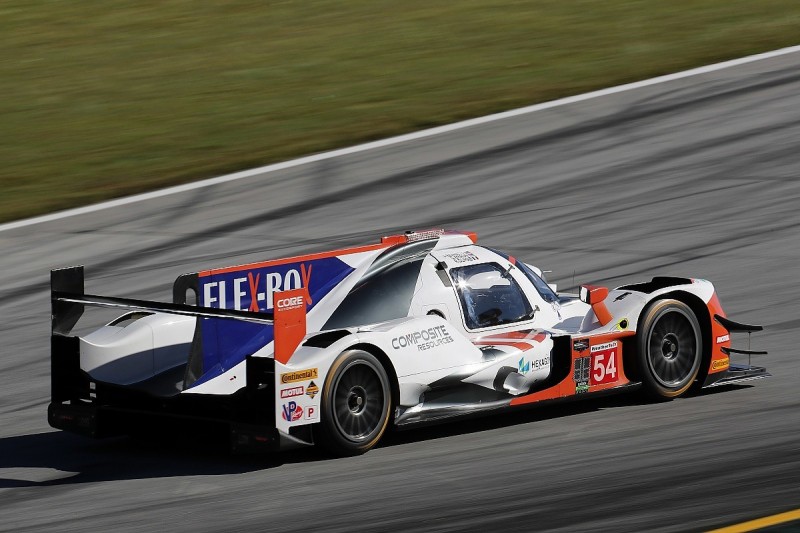 Team owner Bennett has been one of the few critics of IMSA's decision to downgrade the LMP2s into a B-class.

He said CORE would now concentrate its "efforts on winning the new LMP2 championship and scrapping with some familiar rivals".

CORE stepped up to the top class of the IMSA series for 2018 from the GT Daytona division.

Its ORECA claimed victories at Mosport and Road America in July and August respectively, as well as a further three podiums and two pole positions.

The team had previously been a frontrunner in the Prototype Challenge class for the one-make ORECA-Chevrolet FLM09, winning the title in 2014 and '15.