Last year's class champion will end its involvement with the pair of mid-engined 911 RSRs fielded by the CORE Autosport-run Porsche GT Team on the conclusion of current season at the Sebring 12 Hours in mid-November.

Porsche Motorsport boss Fritz Enzinger said: "In view of the current corporate situation in connection with the corona pandemic, it is only logical that Porsche Motorsport also makes a contribution to coping with the economic consequences.

"At this point I would like to expressly thank Jim France and the colleagues at IMSA for their understanding.

"Porsche belongs to endurance racing: we will work hard to ensure that this is just a temporary farewell."

Steffen Hollwarth, who heads up Porsche's IMSA involvement, promised that the marque will not "leave the IMSA stage silently" when the series recommences at Daytona on 4 July.

The decision brings to an end a continuous factory involvement by Porsche in GTLM since the creation of the current IMSA championship out of the merger between Grand-Am and the American Le Mans Series for the 2014 season. 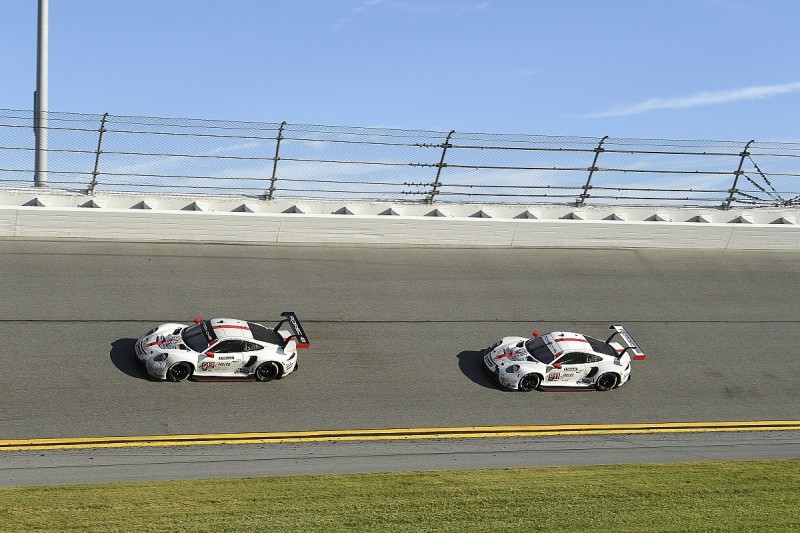 Porsche won the GTLM drivers' title with Laurens Vanthoor and Earl Bamber and took the teams' and manufacturer's crowns in 2019.

It also claimed championship honours with Patrick Pilet in 2015.

Vanthoor and Bamber lie second in the 2020 GTLM points together with their partner for the enduros, Mathieu Jaminet, after the season-opening Daytona 24 Hours in January.

Nick Tandy and Frederic Makowiecki are third together with Matt Campbell.

It stressed that it will remain involved in IMSA with its customers and will continue to support teams running its machinery in the GT Daytona class and the support series.

Porsche's decision to axe its GTLM campaign follows the end of Ford's GT programme at the conclusion of its four-year commitment at the end of last season.

It leaves only Chevrolet and BMW as the only full-factory efforts, while Ferrari is represented by the Risi Competizione team, which hasn't contested a full season since 2016.

The statement did not mention the evaluation by Porsche into the new LMDh prototype rules that are scheduled to allow manufacturers to race in both IMSA and World Endurance Championship from 2022.

Sources indicate that the evaluation will continue and that the WEC programme in GTE Pro with the 911 RSR is not under threat.