Michael Shank Racing, overall winner of the Daytona 24 Hours in 2012, has been brought in to run the IMSA campaign in the GT Daytona class, while RealTime Racing will switch from the Acura TLX GT model and continue to represent the brand in the PWC.

Steve Eriksen, vice-president of the Honda Performance Development organisation masterminding the NSX programme, explained that it was important to prove the car in both endurance and sprint racing.

"When you look at the customer-car market, there are some people who like the endurance format [IMSA] and some who like the sprint format [PWC] and we wanted to make sure the car shows well in both next year," he told Autosport.

Eriksen explained that Shank was an obvious partner for the IMSA series given the working relationship forged over the past two seasons with its Prototype class programme with a Honda-engined Ligier JSP2.

He wouldn't be drawn on when the Acura GT3 would be available to customers, but stressed that it wouldn't run factory cars against its buyers.

"It wouldn't make sense to race against our customers," he explained.

"To say we are going to step down as a factory is probably too strong a term, but we are definitely going to back away.

"We will build customers cars because that it was GT3 is about, but we don't know yet when that will start.

"First we have to show that we have a fast and durable product." 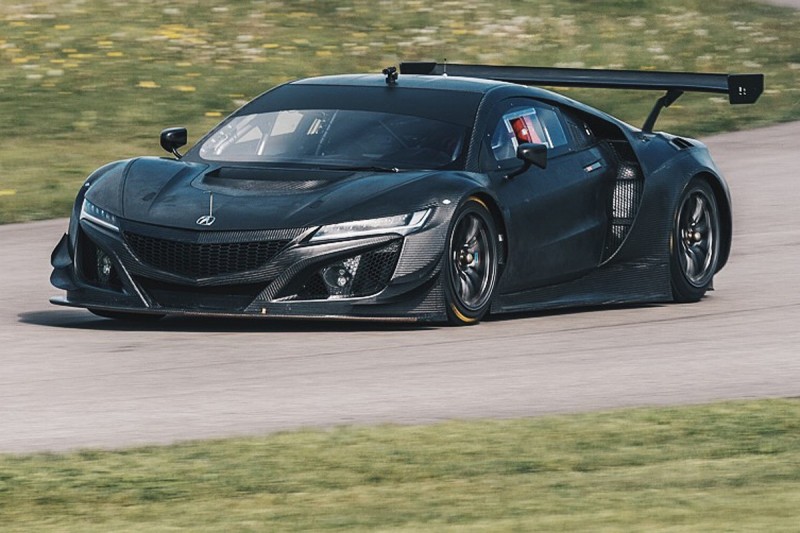 Michael Shank said he had been working towards a factory deal since founding his team 23 years ago.

"This is what every team in the paddock works for and I'm sure as hell not going to blow this opportunity," he explained.

RealTime founder Pete Cunningham described it as a "great honour" to be chosen to run the GT3 car in PWC.

Drivers have yet to be announced for either programme.

Work on the Acura GT3, which is powered by twin-turbo V6, started at Honda Racing Development in Japan.

The first cars have been built by long-term Honda partner JAS Engineering in Italy and final development testing has been undertaken by HPD in North America.

The location of the build of further cars, including customer version, has yet to be fixed.

The road cars are produced at a purpose-built factory in Ohio in the USA.

Shank said that it was "99.9% certain" that he would have no involvement in IMSA's Prototype class next year.