The sessions were held in appreciably warmer conditions than the first two days but interrupted by frequent rain showers that led to many of the teams packing up early and running a bare minimum of laps.

No one approached the times set earlier in the weekend, but Barrichello posted the fastest time of the day in the closing moments at 1m47.230s aboard Peter Baron's Starworks Motorsport Riley-Drinan/BMW, which he will share in the upcoming Tudor United SportsCar Championship season opener with Brendon Hartley, Ryan Hunter-Reay and Tor Graves.

"I felt sorry to begin with because it was wet. I wanted some more miles and I didn't want to hurt the car," said Barrichello, who will be making his second start in the Daytona classic after a one-off appearance in a Brazilian-entered Porsche two years ago.

"I've always wanted to do Daytona properly, so to be able to drive a fast car like this one, and be among friends, is fun. For someone who loves racing, a 24-hour race is probably the way to go."

Richard Westbrook, driving the Spirit of Daytona Coyote Corvette DP, was second fastest in the afternoon but a full 4.5 seconds slower than the Brazilian after struggling throughout the test to get to grips with the new Chevrolet electronics package, especially as it related to traction control. 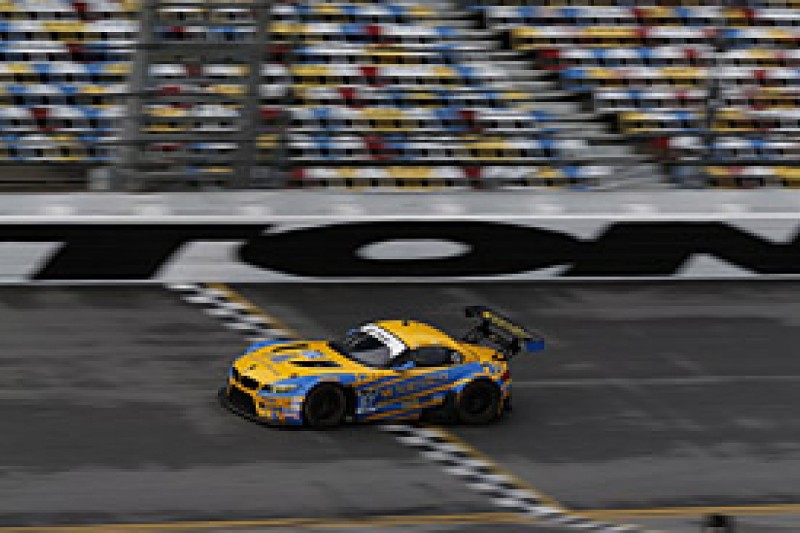 Sebastien Bourdais was fastest in the morning's wetter session at 1m51.835s aboard the #5 Action Express Racing Coyote Corvette DP.

A lone GTLM contender, the Aston Martin Vantage V8 of Pedro Lamy, Darren Turner, Paul Dalla Lana and Mathias Lauda, plus half a dozen GTD cars were the only other takers during the afternoon.

Finland's Markus Palttala posted the fastest GTD time in the Turner Motorsport BMW Z4 (pictured), which had been absent from the first two days.

Palttala will share the much fancied car in the race with three-time World Touring Car champion Andy Priaulx and Michael Marsal.